The former Commonwealth 3000m steeplechase champion admitted many juniors can learn a lot from the two on how to successfully transition into the senior ranks.

•Mateelong believes many junior athletes struggle to graduate to the senior ranks due to lack of proper role models.

•The 2010 African 3000m steeplechase champion has also advised for continuous follow-up of junior athletes as well as the retired ones.

•AK held the ultimate leg of their consultative forums with athletics stakeholders in the South Rift. 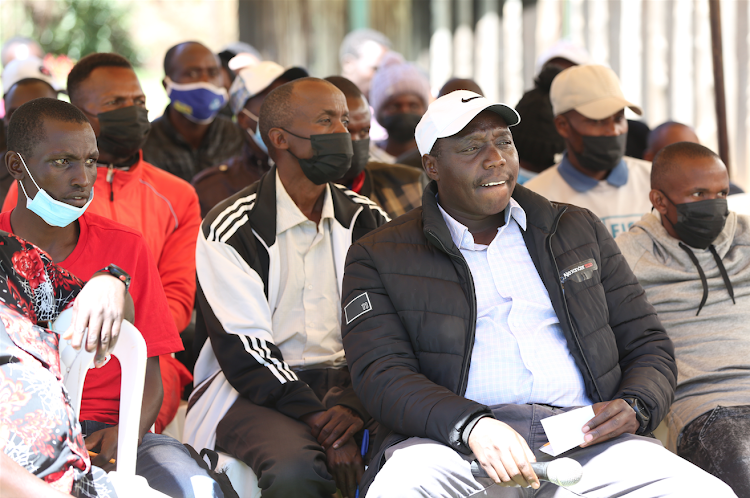 Mateelong said most junior athletes, especially females, disappear into thin air after shining at the lower levels because they do not have the right kind of role models to steer them into the senior ranks.

"You look at the two (Cherono and Kipyegon) and the way they have managed their transition from junior to senior ranks is impressive. We need to ask ourselves... what have they done to remain active and dominant at the senior ranks even after all these years," the 2010 Commonwealth Games 3,000m steeplechase champion said.

The 2010 African 3,000m steeplechase champion also called for a database of junior runners who should be continuously monitored to ensure their progress is on track.

"I would like to ask AK to be following up on the junior athletes to find out how they are managing their transition to the senior level. This way, we will know the challenges they are going through, which are so much more than the ones they have mentioned," Mateelong said.

"We need also to follow up on retired athletes because many of them disappear as soon as they hang up their spikes. Nobody knows where they are and yet many are going through problems, such as financial distress and alcoholism."

He also added his voice to the chorus of calls for more female coaches in athletics.

"A female athlete has unique needs that can only be met by a female colleague. Sometimes she has a problem and cannot share it with her coach because he wouldn't understand. If it were a lady coach, it would be much easier," he said.

Mateelong was speaking on Thursday afternoon in Keringet, Nakuru County during the ultimate leg of Athletics Kenya's consultative forum with athletics stakeholders in the South Rift.

Speaking at the same event, World Under 20 5,000m champion Benson Langat said poverty is a huge stumbling block to junior athletes' graduation to the senior level.

"Here in Keringet, we lack proper training facilities and most of us come from our respective homes to go and prepare for upcoming competitions. Some of us sleep on hungry stomachs and yet we are expected to give our best on the track and field. If there was a residential camp it would be much better because all of us would be assured of meals," Langat said.

Langat, who won his first race in primary school at the age of 14, added that many runners miss out on many competitions due to lack of transportation.