Kipruto urges athletes to form welfare groups in their regions

The True Athletes Classics 800m champion is training in Nyahururu in readiness for the busy calendar in 2022 , during which he plans to run in various competitions. 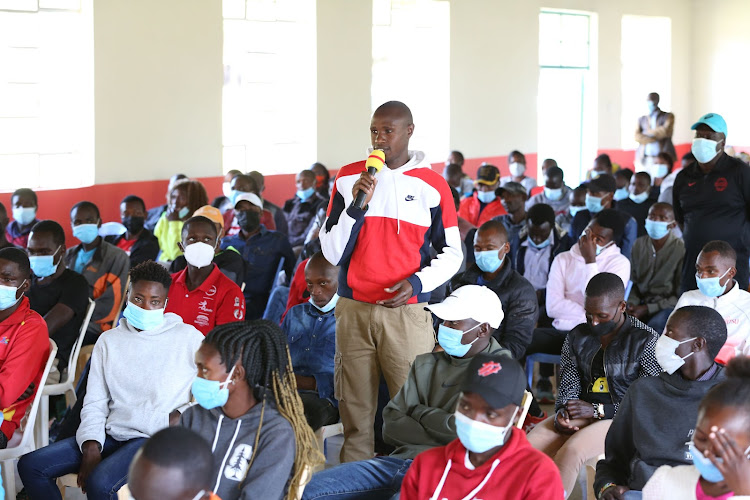 World Indoor 800m champion Collins Kipruto has called on Kenyan athletes to establish welfare groups in their localities to help one another in times of need.

Kipruto said athletes from other regions can learn a lot from their peers in Nyahururu who have formed a welfare group known as Athletics United.

"It provides members with a shoulder to lean on always. Everyone contributes a certain amount and whenever one of us is injured or affected in one way or another, we come to their aid. It is an idea I believe can really grow the sport if implemented countrywide," Kipruto said.

In particular, the 2019 Palio Citta della Quercia 800m champion feels junior athletes would benefit immensely from such welfare groups considering their lack of resources to facilitate their training.

"Junior athletes are often affected the most considering they are just starting out and do not have enough resources. Because the main office may not be able to respond immediately to all their needs, they rely on senior athletes at the grassroots and coaches to facilitate their training, which is never enough," Kipruto said.

The True Athletes Classics 800m champion is currently training in Nyahururu in readiness for a busy calendar in 2022 , during which he plans to run in various competitions.

"First I want to try myself out in one of the cross country events in the ongoing series as I prepare for next year. Obviously the focus is on the continental tour as well as the traditional World Indoor Championships in February," Kipruto, 27, said.

He was speaking after attending the fifth leg of Athletics Kenya's consultative meetings with stakeholders at Nyahururu D.E.B Primary School in Nyahururu, Nyandarua County.

They also come in the aftermath of a spate of unfortunate incidents in the fraternity, notably, last month's murder of World 10,000m bronze medalist Agnes Tirop at her Iten home.

Just a week earlier, former Africa Junior 10,000m silver medalist Hosea Macharinyang was found dead at his West Pokot home in a suspected case of suicide. Kipruto described the meetings as an eye-opener to the challenges experienced by athletes in different regions.

"What has come out clearly is that every athlete has unique challenges and views on how to improve the sport. It was a session that was necessary and timely," he said.