Do not neglect steeplechase for marathons, Lagat warns

The Open Africa Masters Athletics trialist believes the country is more than equipped to reclaim its steeplechase title lost at the Tokyo Olympics. 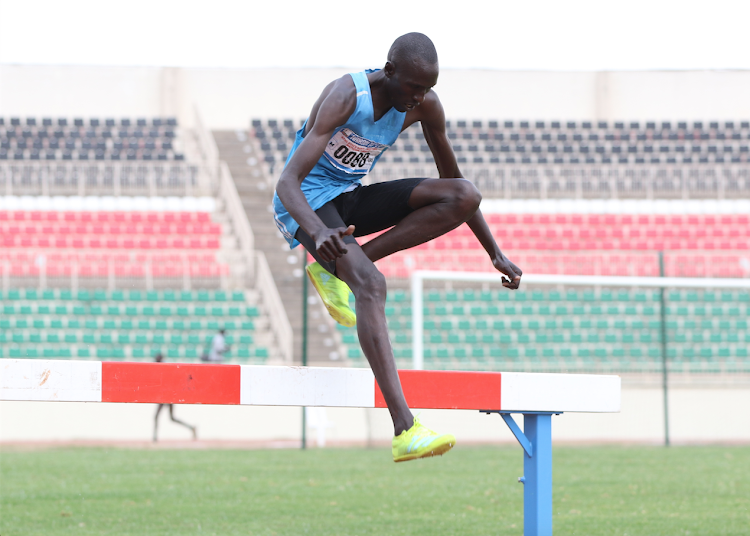 Richard Lagat on his way to victory in the men's 3000m steeplechase at the national trials for the Open Africa Masters Athletics Championship at Nyayo Stadium, Nairobi.
Image: ERICK BARASA

Kenyan 3,000m steeplechase specialist Richard Lagat has cautioned athletics coaches against too much concentration on road races at the expense of the water jump and barrier race.

The 2008 Almere 15km champion said athletics stakeholders should renew their energies in the steeplechase as well as other long-distance races to nurture the young talents coming through.

"We need more coaches to acquaint ourselves with the modern trends as far as the steeplechase is concerned. I know that road races seem more lucrative in our present time but we should be careful not to neglect the other track events," Lagat said.

Kenya lost their 53-year hold on the water-and-hurdles race at the Tokyo Olympics as Moroccan Soufiane El Bakkali raced away for his first-ever Olympic title.

However, Lagat believes the country is more than equipped to reclaim its rightful place if only stakeholders are determined to do so.

"I am optimistic that we can — and will — retain our title as the leading country in steeplechase. There are young talents emerging each and every day and we only need to guide them in the right direction. Older athletes can help in this by mentoring their younger counterparts," the 39-year old said.

He was speaking after clinching the men's 3,000m steeplechase at the national trials for Open Africa Masters Athletics Championships at Nyayo Stadium on Saturday afternoon.

"After finishing second on Friday, I vowed to myself to try and go to the next level and so today I decided to compete in the steeplechase. It wasn't an easy race though because everyone wanted to win and the sun was blazing hot," he said.

The Elgeyo Marakwet native thanked his county government for the support extended to their athletes and urged other counties to replicate the gesture.