Omanyala admits bar has been set high after stellar season

Despite his bagful of achievements, the national 100m record holder and Tokyo Olympian says he is focused on rectifying his Achilles' heel in training.

•The sprinter's high point came in September when he clocked a new African record of 9.77 at the Kip Keino Classic in Nairobi 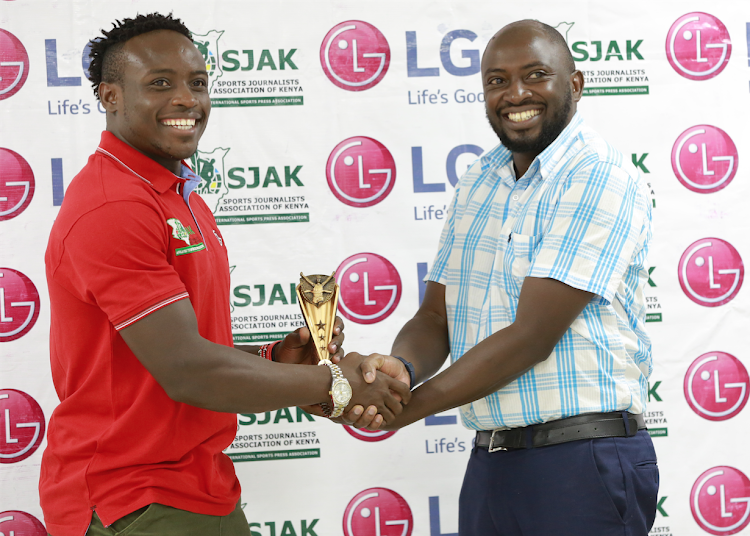 National 100m record holder Ferdinand Omanyala concedes tougher tests await him next year after a superb 2021 in which he broke the national record four times and made it to the semis of the Tokyo Olympics.

Omanyala has resumed training at the Moi Stadium, Kasarani and admits the immediate challenge for him is to tweak his mind into a competitive mood ahead of next year's events.

"I have just assumed pre-season training, focusing on strength and conditioning. That has been the hardest part but when you get to February it gets a bit easier because that's when the competitions begin and there is a lot of travelling," Omanyala said.

The sprinter's high point came in September when he clocked a new African record of 9.77 at the Kip Keino Classic in Nairobi to eclipse South African Akane Simbine's previous record of 9.84.

During that race on home soil, Omanyala came second to United States' Trayvon Brommell who set a world leading time of 9.76.

The other highlights of the Kenyan's year include a semi-final appearance in Tokyo where he finished third in 10.00 and narrowly missed out on a historic final.

Despite his bagful of achievements, the athlete who was recently honoured as a sporting hero on Mashujaa Day, says he is focused on rectifying his Achilles' heel in training.

"This time it is different in that we are training with the knowledge that there are competitions ahead. I have been working to build the muscles that were not built effectively before. I also want to improve on my start not forgetting the last 50 metres. If I do that then the next season will be better than this year," the Kitale born said.

Omanyala added: "I will be going for the big boys next year. We have many events like the Commonwealth Games, World Championships, African Championships and I am certain I will post better times.”

He was speaking on Tuesday after he was feted as LG/SJAK Sports Personality for September.

The sprinter took home an LG SolarDOM Oven worth Sh65,000 which is a 3-in-1 oven that is used for heating, grilling and baking.

"I have been eyeing this award since January this year and I am happy to win it. It is always good to be appreciated back home for your exploits. I thank LG and SJAK for thinking about sports men and women, it means a lot because our efforts are recognised,” he said.

Speaking at the same event, William Kamore, LG Electronics content manager East Africa, said Omanyala has shown the world that Kenya is not all about long-distance athletics but is also home to budding sprinters.

"Kenya has dominated middle and long distance running from the days of yore. Omanyala's sterling heights in Kip Keino Classic will no doubt motivate a generation of runners to take up the breakneck 100m challenge at continental and global levels,” Kamore said.