The country is still reeling in shock at the murder of world 10,000m bronze medalist Agnes Tirop whose body was discovered with stab wound in their Iten home on Tuesday. 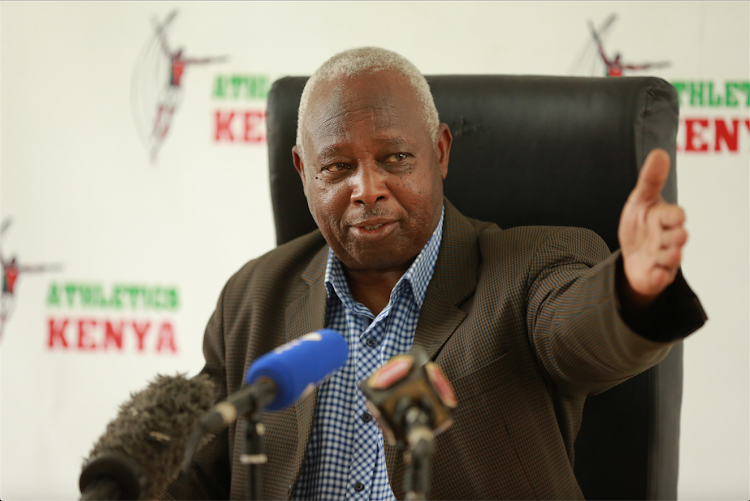 Athletics Kenya are planning a workshop in early December to identify the causes of mental health issues among athletes and how to resolve them.

The workshop will bring together past and present athletes of different age groups with the aim of slaying a monster that is increasingly becoming a threat to many promising careers.

"Athletes will be invited for candid sessions to identify these issues affecting them with a view to formulating solutions to the same. Considering that these challenges are unique to female and male athletes, there will be separate sessions for the two genders," Jack Tuwei, AK president, said.

Tuwei said tackling mental health issues is a multi-pronged approach, which will require concerted efforts of stakeholders from within and without the athletics sector.

"As AK we can only do so much. We will also enlist the help of former athletes who have a lot of experience on how to deal with some of these issues. They are very helpful because of the knowledge they possess. Remember, in 2019 when we had workshops on anti-doping, we invited some of the retired athletes to speak with the younger ones," he said.

Part of the campaign, Tuwei revealed, also involves a collaboration with the task force previously formed by Sports CS Amina Mohamed to address gender and mental health issues among sportspersons.

"Mental disturbance seems to be the biggest challenge affecting our athletes. As the task force is in the process of finalising their report, we have discussed and agreed with the ministry to use psychologists identified by the team to assist us," the president said.

Tuwei added: "We shall coordinate our activities with them as soon as they are deployed in their office at Nyayo Stadium. We shall also give our contact details to all our stakeholders where they can report such issues and seek professional guidance and assistance."

He further reiterated his earlier call to athletes to reach out to the federation for assistance in case of any problems at home, including mental health challenges.

"As a federation, we are open and flexible. Many athletes have approached us for help with certain issues, including travelling and finances. We also have the Kenya Doctors' Network across the country to enable athletes reach out and seek help. There is a lot of flexibility on how they can get assistance so long as these avenues are approved by us," Tuwei said.

He was speaking at Riadha House, Nairobi on Thursday afternoon in the aftermath of a series of unfortunate events within the athletics fraternity.

The country is still reeling in shock at the murder of world 10,000m bronze medalist Agnes Tirop whose body was discovered in their Iten home on Tuesday.

Post a comment
WATCH: The latest videos from the Star
by OMONDI ONYATTA
Athletics
15 October 2021 - 00:00
Read The E-Paper