"People even used to flock to my shop in Iten, requesting to know the burial date. I was forced to close down the shop," she recounts.

•Her ordeal was worsened by the fact that Chelimo has been all the while battling for his life in the intensive care unit at Mediheal Hospital, for close to a month.

•Such rumours, she says, was so disheartening and a big burden to bear especially for their daughter, who was looking forward to her father's recovery.

•Kiprop has picked up the stones thrown at her in the form of stigmatisation to rebuild her athletics career and has been hard at work at her Kaptagat base, ahead of the New York Marathon on November 7. 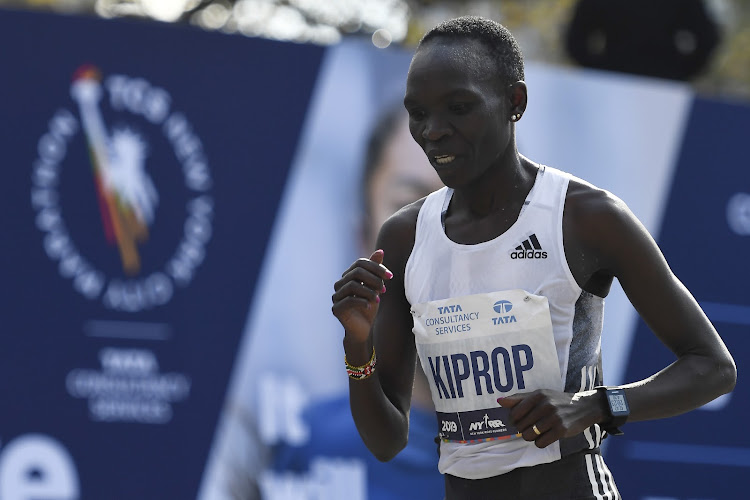 Three-time Vienna Marathon champion Nancy Kiprop has recounted the tough times she and her family underwent after fake news spread that her husband, Joseph Chelimo, had died of Covid-19.

Her ordeal was worsened by the fact that Chelimo has been all the while battling for his life in the intensive care unit at Mediheal Hospital, for close to a month.

She said her mental health took a big hit from the rumours and she had to stop training for a while.

"When the bad news started spreading that my husband was dead due to Covid-19, it really affected my training. I went into depression for about a week but I had to stand firm for my family and career. I had to start my training and be there for my husband,” Kiprop says.

Such rumours, she says, was so disheartening and a big burden to bear especially for their daughter, who was looking forward to her father's recovery.

Kiprop regretted how 'mourners' kept streaming into their home asking about the burial arrangements which threw her family, including their five adopted children into agony.

"People even used to flock to my shop in Iten, requesting to know the burial date. I was forced to close down the shop," she recounts.

“As a family, we expected people, friends, family members and wellwishers to spread the good news of healing but it was the opposite. It has been so disheartening to realise we are living with people, whom we thought are friends and family, only to for them to celebrate when we are in trouble,” explained Kiprop. 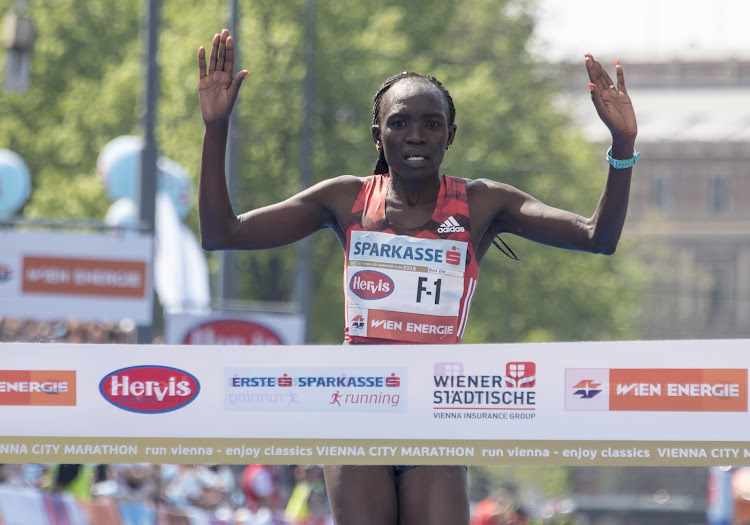 Nancy Kiprop of Kenya reacts as she crosses the finish line to win the 2018 Vienna City Marathon
Image: AFP

“In fact, our young children have been thinking that I have been hiding information from them. They have been really affected, especially their studies. One of them has forfeited going to school because of what she has been hearing from her friends and neighbours,” she explained.

“My daughter is only 22 years and she’s still young to absorb such bad news when she knows the truth.

Besides the shop, Kiprop was forced to keep away from a school she runs, also in Iten, due to the stigmatisation she would suffer from the students and teachers every time she was around.

“I own a school but I had to quit going there. Everyone, including the children, believed that my husband had died of Covid-19 and all they did was run away from me. They believed their director (myself) was a sick person but I thank God all is well now,” Kiprop says.

As the sole breadwinner, Kiprop says she had to remain strong for the sake of her family, amid a flurry of condolence messages.

She also had to take on additional responsibilities and decide on major phases in their children's lives, such as admitting their son to Rift Valley Technical Training Institute as well as their daughter to high school.

“With all these laid upon me, I had to make sure I was sober enough to handle it. Imagine receiving a condolence message yet the man is still struggling in hospital. It is better to get first-hand information before spreading such messages,” she says.

She explains that she was also financially drained.

“I am so burdened and the little savings I had has been spent in hospital. However, my manager has been of great help. When I am down, he comes in handy. He understands that I have adopted five children, he mentors me, supports me. He is a God-sent to me. He is a pillar not just in my career but my life,” she said. 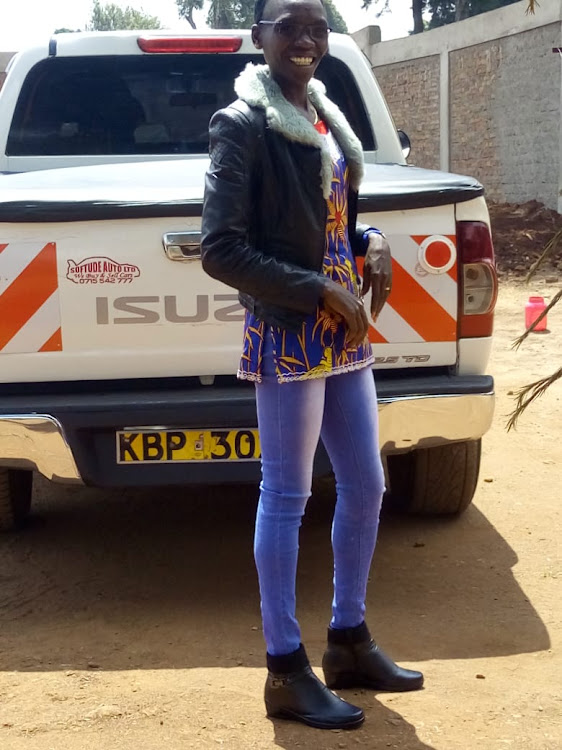 Nancy Kiprop after her usual duties at her home
Image: EMMANUEL SABUNI

After the stormy period, there is a rainbow on the horizon for Kiprop and her family as things begin to look up.

For the first time in many months, Chelimo was able to bask in the sun on Tuesday — a sign that the worst may well be over.

As of Wednesday evening, she received the good news that her husband will be leaving the hospital on Friday and will be put under the home care system.

“A few minutes ago, I have received a call from his doctors assuring me that my lovely husband will be leaving hospital on Friday. I have been told to buy two oxygen cylinders. This is a new norm that we have to live with," she says.

"I have never heard such but I have to face it as it is. I was told to buy smaller ones in case an emergency,” explained Kiprop as she went around Iten looking for the oxygen cylinders.

Furthermore, Kiprop has picked up the stones thrown at her in the form of stigmatisation to rebuild her athletics career and has been hard at work at her Kaptagat base, ahead of the New York Marathon on November 7.

“I have been out of action for two years. My last competition was the New York Marathon so the fact that it will be my first in two years makes it special. Admittedly, two years is quite a  long time but with a lot of hard work, I can still reach the podium,” she explains. 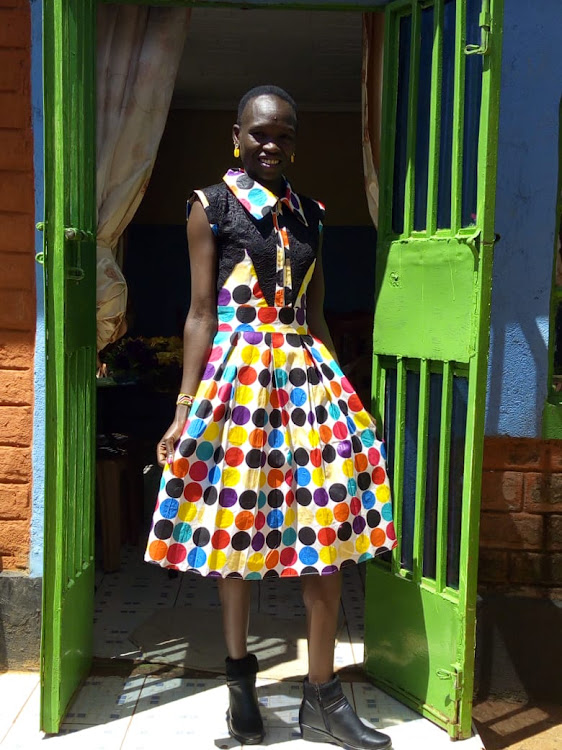 Nancy Kiprop at her home in Kaptagat
Image: EMMANUEL SABUNI

At the last edition of the marathon in 2019, Kiprop finished fourth, timing 2:26:21 in a race won by former world half marathon record holder Joyciline Jepkosgei (2:22:38).

“This season has been one of the most challenging for my family and I. Training and balancing all these other issues has not been a walk in the park. If everything works out for me in New York, it will be a great day,” said Kiprop.

On her way to New York, Kiprop said she is physically and emotionally prepared.

“I have been out for long but I am so ready for this challenge. I have done a lot of gym work after recovering from an injury. Mentally, when I see my projects, I know I have duties ahead of me and I am motivated to do more. I have set my targets and I must achieve them,” she said. 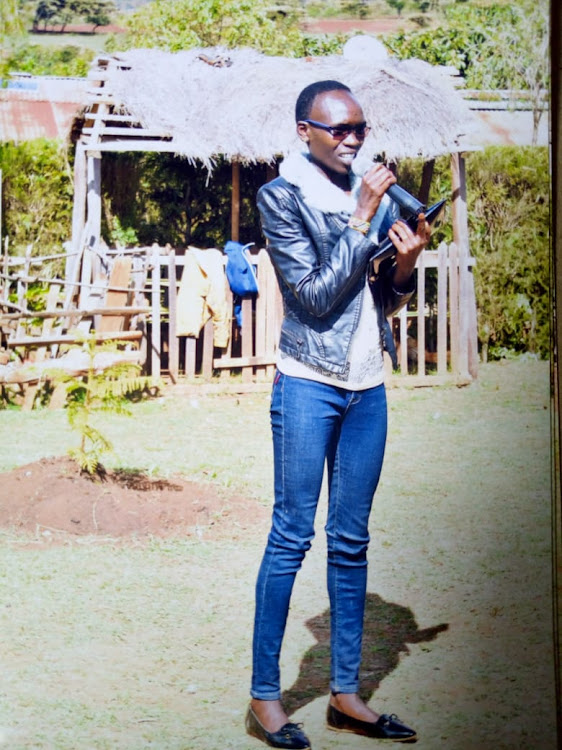 Nancy Kiprop while addressing pupils during one of the closing sessions at her school in Iten
Image: EMMANUEL SABUNI
by EMMANUEL SABUNI
Athletics
24 September 2021 - 05:00