Omanyala set a new African record and the world's second-fastest time this year over 100m.

• Omanyala set a new African record and the world's second-fastest time this year over 100m after clocking 9.77 secs at the Kip Keino Classic last weekend.

• Odibets supported his quest and ambition to go international after it injected Sh1.5 million to boost his morale and support him with his training. 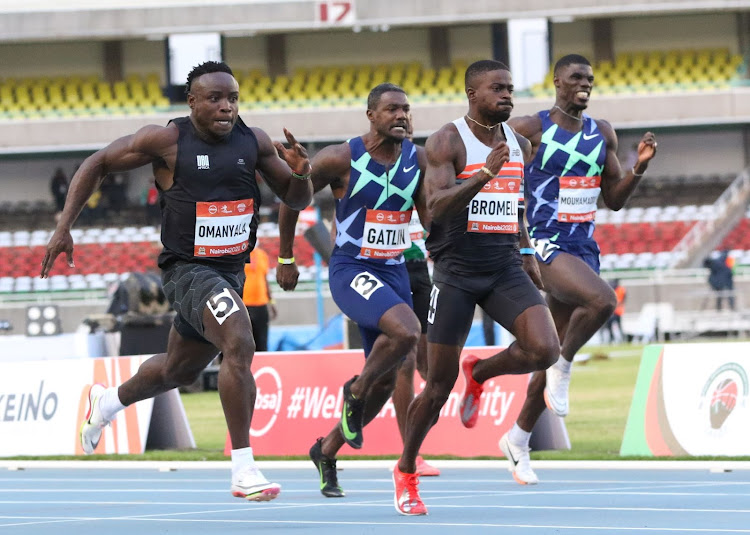 For Kenyan sprinter Ferdinand Omanyala, the saying there is light at the end of the tunnel is not just a saying but a revelation that has come to pass in his athletics career.

It has not been a smooth ride for Omanyala who set a new African record and the world's second-fastest time this year over 100m after clocking 9.77 secs at the Kip Keino Classic last weekend.

"My journey has been tough and I have had to face various hurdles on my way to breaking the African record," said Omanyala as he spoke to journalists after the sterling performance.

It all started early this year when Omanyala ran 10.11 seconds in the second leg of the Athletics Kenya Relays Series at the Nyayo National Stadium in Nairobi. 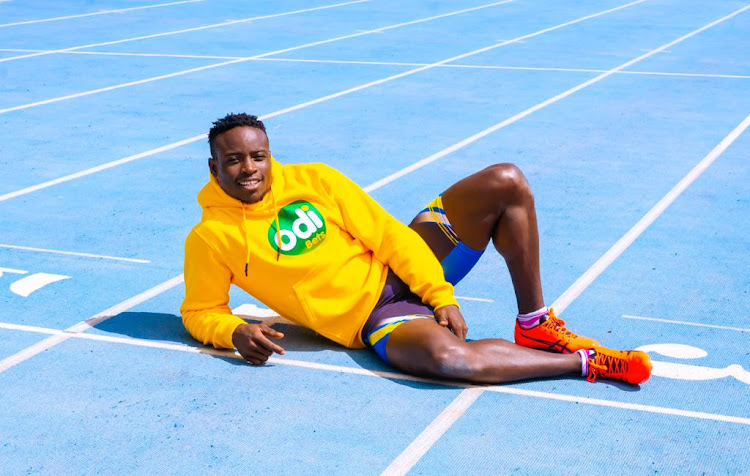 The sprint sensation could not hide his joy as he celebrated his win with other Kenyans who had come to cheer him but little did he know his joy would be short-lived.

The achievement was not sanctioned as a national record since Athletics Kenya claimed the win was wind-assisted.

According to AK, the wind was cruising at 3.4 metres per second when Omanyala tore the red tartan track at the 30,000-seater arena yet the required speed should be below 2.0m/s.

"It’s a shame my time won’t be ratified as a national record but God’s time is the best. It will come gradually,” he told the press at the time.

While it was a low moment for Omanyala, there was a silver lining as one of Kenya’s leading betting firms Odibets supported his quest and ambition to go international.

The betting form injected Sh1.5 million to boost his morale and support him with his training.

"Odibets came through for me at the right time, under their Odimtaani initiative, the betting firm was able to boast my athletics career financially thus giving me hope for a brighter future," said Omanyala who went on to win various races after that qualifying for the Tokyo Olympics.

At the Olympics, Omanyala went on to proceed to the semi-finals after battling out with big names in the athletics scene.

"Participating in the Olympics was the best thing that has ever happened in my life as that is the biggest sporting event in the world, I thank God for the opportunity which saw me prove myself to be Kenya's fastest man," said an elated Omanyala.

Last weekend was the highlight of Omanyala's athletics career as he broke the African record beating the likes of Justin Gatlin finishing second to Trayvon Bromell.

"I wasn't sure I was going to run faster at the start of the race, but I kept going and picked up momentum 50m halfway," said Omanyala after he timed 9.77 to set the African record.

"I have conquered Africa, next I'm going for the World record," said Omanyala.

Speaking to journalists after the weekend athletics event, former world champion Justin Gatlin said Omanyala is a force to reckon and soon he will be a world champion.

"Omanyala used the hometown support really well. I believe he will be a force to reckon with in future," said Gatlin.