• The Dahabshiil group supported Bashir was the highest-profiled athlete in the race, his first since he finished third in Tokyo.

• Bashir finished sixth  in a race  that attracted over 55,000 professional and fun runners in the largest half marathon in the world. 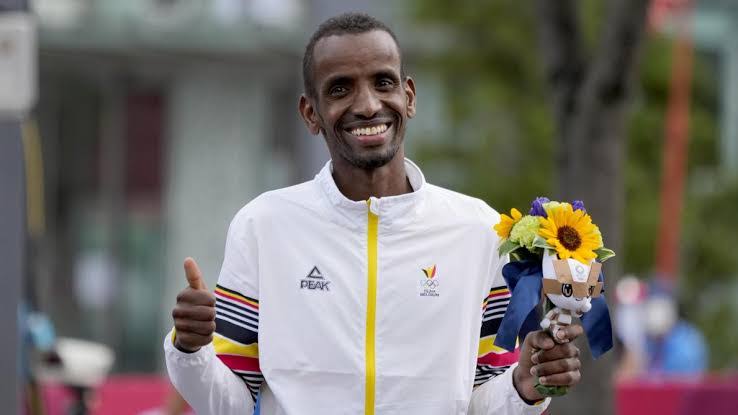 Olympic marathon bronze medallist Bashir Abdi is now focusing on the Rotterdam Marathon after a splendid outing at the Great North Run in Newcastle, Great Britain over the weekend.

Bashir finished sixth  in a race  that attracted over 55,000 professional and fun runners in the largest half marathon in the world.

The Dahabshiil group-supported Abdi was the highest profiled athlete in the race, his first since he finished third at the Tokyo Olympics.

"I came here to have fun and I have enjoyed every bit of the race. It was my first race after the Olympics and what matters most for me is the preparation for the upcoming season," Bashir said after the Great North Run.

Bashir said he was using the race to warm up with an eye on the marathon season. The Somali-born Belgian will be seeking to break records, especially the European mark, at the Rotterdam Marathon on October 24, bouyed by his success in Japan.

"I was running the Great North Run to get a better idea about where I am at. I will go to a training camp in France to prepare for the Rotterdam Marathon," said Bashir.

Hi quest for a record in Rotterdam is supported by Africa's leading money transfer company Dahabshiil who have been assisting him through his training prior to the Olympics and ahead of the new marathon season.

"Rotterdam is the city of the marathon for me,’’ says 32-year-old Bashir. "It has a fast course and the organisation is always excellent. Additionally, Rotterdam feels like a home match for me. I don’t get that anywhere else. If I have any chance of beating the European record anywhere, then it is here, but I will have to do my very best for it.’’