•The two, who recently faced off in Tokyo Olympics with Kipyegon coming out tops, will meet for the final time this season. 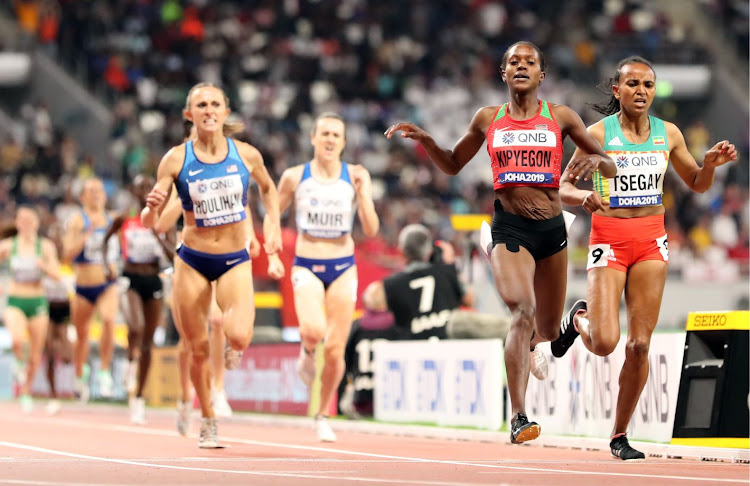 The two, who recently faced off in Tokyo Olympics with Kipyegon coming out tops, will meet for the final time this season in the two-day meeting.

Hassan was, however, in fine form last week, winning in Brussels in 4:14.74 to smash Kipyegon's meeting record by two seconds.

Others to look out for in the event include Winnie Nanyondo of Uganda, Australia's Linden Hall, USA's Josette Norris and Ethiopia's Axumawit Embaye.

Olympic 800m champion Emmanuel Korir will be hoping to close out the season on a high as he races in the two lap race .

He will be up against Olympic silver medallist Ferguson Rotich, Commonwealth Games champion Wycliff Kinayamal and Clayton Murphy and Isaiah Harris of the United States.

Olympic 1,500m silver medallist Timothy Cheruiyot will be gunning for revenge against champion Jacob Ingrebrigsten. Cheruiyot lost to the highly fancied Norwegian in Tokyo and has set his sights on finishing the season on a high in the Swiss City.

Cheruiyot will have the company of Bethwell Birgen, Abel Kipsang, Ronald Kwemoi and Charles Simotwo. Australia's Stewart McSweyn will also be in contention.

Two-time world 5,000m champion Hellen Obiri renews her rivalry with Burundian Francine Niyonsaba in the 12-lap race. Obiri lost out to the fast-rising Burundian in Brussels a week ago and will be gunning to come on top in what may be the final track event of her career before switching to road racing next year.

Others to look out for will be compatriots Beatrice Chebet, Margaret Chelimo, Eva Cherono and Lillian Kasait. Ethiopians Fantu Wontu and Taye Ejgayehu are expected to offer a stern test.

Fresh from winning the Diamond League meeting in Paris last month, Olympic bronze medalist Ben Kigen will be hoping to finish the season in style. He is up against Olympic champion Soufiane El Bakkali of Morocco,  silver medallist Lamecha Girma of Ethiopia with Abraham Kibiwott, Leonard Bett and Wilberforce Kones also in the line-up.