Moraa, Kibiwott dream on after qualifying in style

The national 400m champion and Commonwealth 3000m steeplechase silver medalist qualified from their respective heats at the Tokyo Olympics.

•Moraa is scheduled to compete in Heat 2 of the semis tomorrow and has promised to give her all to reach the final.

•On his part, Kibiwott believes that he, alongside Benjamin Kigen, are obligated to maintain Kenya's 53-year dominance in the steeplechase.

•Sadly, Leonard Bett failed to qualify after clocking 8:19.62 to finish fifth in Heat 3. 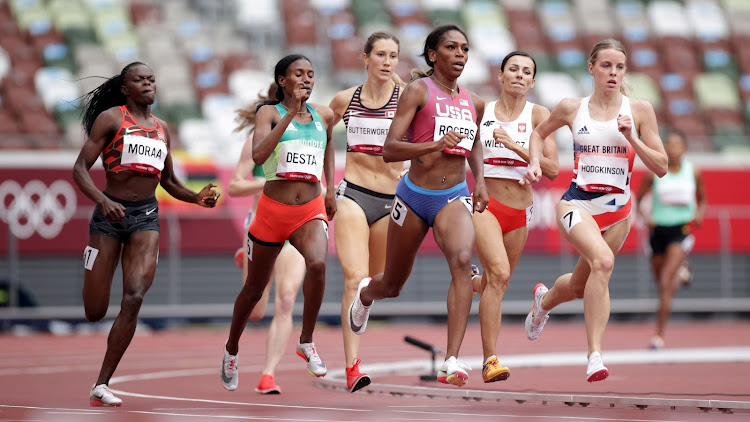 Mary Moraa surges ahead in heat 4 of the women's 800m.
Image: REUTERS

National 400m champion Mary Moraa and Commonwealth 3000m steeplechase silver medalist Abraham Kibiwott say their confidence in clinching an Olympic gold has gone up a notch after qualifying from their respective heats.

She is scheduled to compete in Heat 2 of the semis tomorrow and has promised to give her all to reach the final.

"I was a bit worried about competing against the established runners in the race but with time I gained confidence. What I am now praying to God for is enough energy when I compete in tomorrow's semis and afterwards in the finals. I believe that a gold is possible in the finals and that is what I am praying for," Moraa, who only recently transitioned to the two-lap race, said.

She said her progress at the Olympics thus far is a just reward for her persistence and belief despite the challenges she experienced before travelling to Tokyo including registering a false positive for Covid-19.

"After the first positive test, I was told there were three more tests to be conducted to confirm. Luckily, all the three came back negative and was allowed to travel. I am grateful to the team nutritionist, whom I travelled with. She kept encouraging me not to lose hope and that everything would work out fine," she said.

On his part, Kibiwott believes that he — alongside compatriot Benjamin Kigen — have a sacred duty to win gold in the 3000m steeplechase and maintain Kenya's 53-year dominance in the race.

"We had talked to each other before our respective heats and reminded one another of what is at stake. We cannot let the country down because steeplechase has traditionally been ours," Kibiwott said.

Despite the presence of big names including world silver medalist Lamecha Girma of Ethiopia and world bronze medalist Soufiane El Bakkali of Morocco, Kibiwott is adamant they are more than equipped to bring the title back home.

"They are very strong runners but so are we. We will battle against them to the finish line and ensure we take the top two places," he said.

Leonard Bett failed to qualify after clocking 8:19.62 to finish fifth in Heat 3.