Final touches on Kasarani, Nyayo as World Under 20 draws closer

•Main track at Moi Stadium, Kasarani is 99 per cent after much work on the same last week 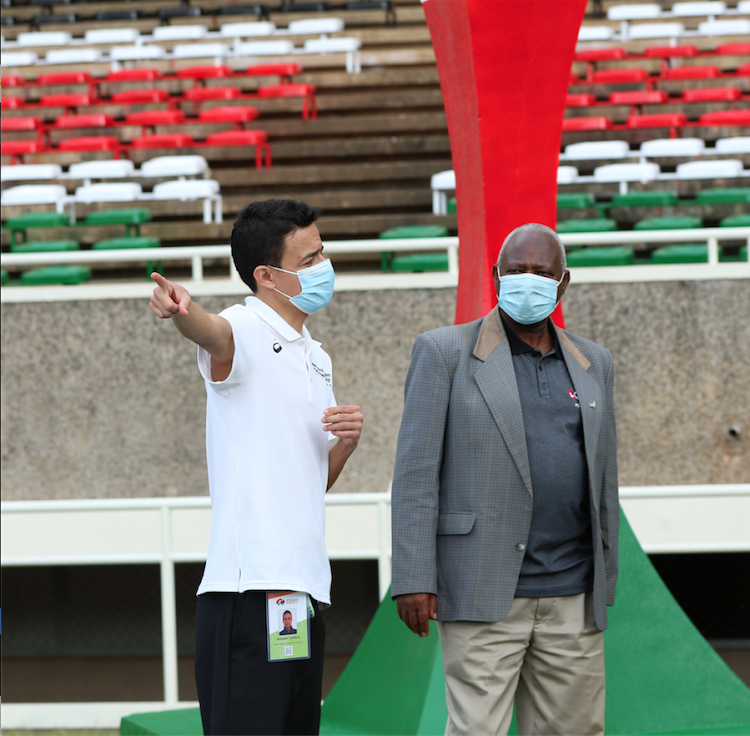 World Under-20 Championship Organising Committee technical director Ibrahim Hussein says all technical equipment and pitches to be used for the global event are close to completion.

Hussein said they are eagerly awaiting for the clearance of the equipment so they can inspect them.

"Things are moving really fast because we only have a few weeks before the World Under 20. On the technical side, the equipment is already in Kenya and we hope they can be cleared as soon as possible so we can evaluate them to see if they are the right implements," he said.

Hussein added the committee has managed to overcome the hiccups earlier faced in preparing the technical equipment, including the D-section.

"I have just come from the warm-up area and the D-area, which was giving us a lot of headaches is almost complete. What is just remaining is the painting. The contractor is also at the javelin runway, on the lower side, where they are laying the synthetic track and then some markings. So we are happy with the way things are going," he added.

He also announced that the main track at Moi Stadium, Kasarani is 99 per cent after much work on the same last week.

"The line markings were done last week by Mondo. There's the training venue at Nyayo; things are moving at a fast pace. We were lacking a pole vault but the contractor is already working on it. We are going to transport a hammer cage tomorrow for work on its installation to begin immediately," he said.

The call room has also undergone slight changes to cater for the introduction of athletes into the pitch during the event.

"You can see there is a tunnel just as you exit the call room. When the athletes enter the pitch from the room, there will be an introduction and these minor adjustments cater for this,"  Hussein said.

The spectator-less event is set for August 17-22 and will bring together thousands of junior athletes from close to 128 member federations of World Athletics.