Kipruto elated after replacing injured Kamworor in team to Tokyo

The World Under 20 10,000m champion said his training has gone well and is confident of better returns when he lines up at the Olympic Stadium on July 30.

•The World 10,000m bronze medalist was called up to replace former world half marathon record holder who suffered a foot injury in training 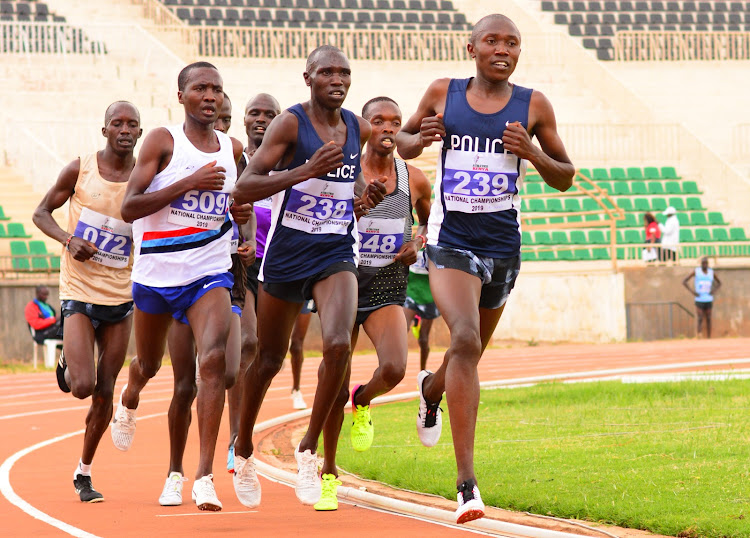 World 10,000m bronze medalist Rhonex Kipruto says he is ready to go for glory in Tokyo after he was called up to replace the injured Geoffrey Kamworor in the team to Olympics.

"Of course, I am elated to get this opportunity to represent my country in the 10,000m. I will go there to do my best an d get a medal. But of course, I still need to undergo a Covid-19 test first before I can travel," Kipruto said.

The World Under-20 10,000m champion said his training has gone well and is confident of better returns when he lines up at the Olympic Stadium on July 30 to compete in the men's 10,000m final.

He will join up with national cross country champion Rodgers Kwemoi and Weldon Kipkirui as Kenya hunt for its first gold medal in the 10,000m for over 53 years.

Athletics Kenya earlier announced that Kipruto would replace Kamworor who had to pull out of the team due to a foot injury.

"Rhonex Kipruto has officially replaced Geoffrey Kamworor in the 10,000m  after the latter had an injury during the training. He has already reported at Kasarani Stadion Hotel, where the rest are residing in a bubble camp. This was after AK sought clearance from AIU on his anti-doping testing status. He has been given the green-light," Barnaba Korir, AK director of youth development, said.

Korir also reported that the runner will have to undergo mandatory Covid-19 testing protocols before he is allowed to depart for Tokyo with the remaining Team Kenya contingent.

Kwemoi and Kipkirui were part of the 11 athletes who departed for the Japanese capital on Friday, the others including: Leonard Bett; Lilian Kasait; Agnes Tirop; Benjamin Kigen; Hellen Obiri; Abraham Kibiwott; Tuei Cherotich; Mathew Sawe; and Julius Yego.

Meanwhile, Kamworor said he is distraught at missing out on the Olympics but nonetheless vowed to come back stronger.

"This week, I had to make the tough decision to skip the Olympics. I'm feeling very fit and in great shape, but unfortunately a painful spot in my foot is preventing me from running 25 laps on spikes by next week. I will build on the fitness I currently have and looking ahead towards great goals in the marathon in near future, see you soon," the former world half marathon record holder said.