The West Pokot native believes a jump of at least 16.50m will be enough to take the crown on home soil and inspire another crop of triple jumpers in the country.

•Maiyo will be Kenya's only representative in the triple jump during the World Under-20 Championships at Moi Stadium, Kasarani

•However, he believes triple jump holds the best chance for him to establish a legacy 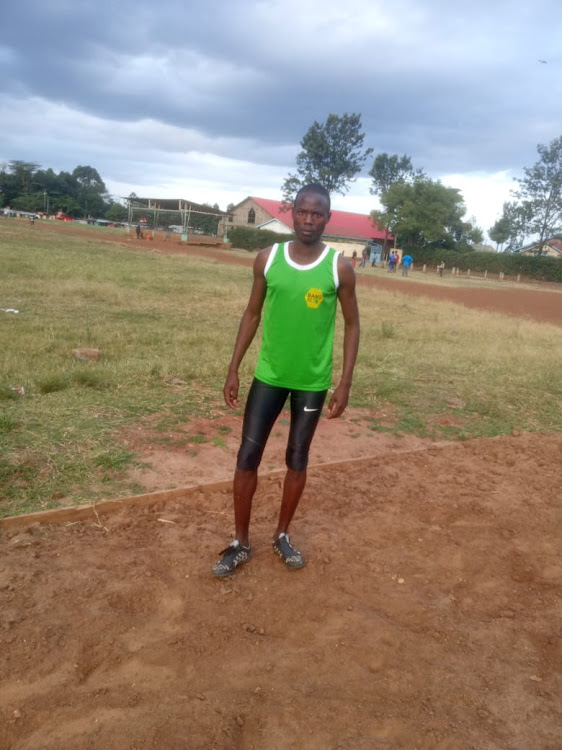 After earning the right to represent Kenya in the triple jump at the forthcoming World Under 20 Championships,  Justine Maiyo now wants to make history as the first Kenyan to win  gold in this field event during the competition set for August 17-22 at Moi Stadium, Kasarani.

The West Pokot native believes a jump of at least 16.50m will be enough to take the crown on home soil and inspire another crop of triple jumpers in the country.

"I have intensified my training at the Nairobi West Prison, training for the World Under-20 Championships to win gold for this country.

"It is not an easy event and that is why we have very few competitors . I am determined to secure gold and fly the Kenyan flag to the top. I do not only want gold but I want to set a new personal best of 16.50m to improve on the 15.21m I set during the national trials," Maiyo said.

During the trials at Moi Stadium, Kasarani, Maiyo clinched the top prize ahead of  Nicholas Kipngetich (South Rift) who managed 15.04m and Central’s Dennis Maina who completed the podium in 14.83m.

He has been training  under the watchful eye of his coach, Benjamin Kemboi, who he describes as the perfect fit for his ambitions.

“I have a good coach, who is guiding me for the glorious day ahead of the event next month.  I competed in four events at the regional event thus—(400m hurdles, 400m, long jump and triple jump) but  had to drop the others to concentrate fully on triple jump as it was my best chance of securing a ticket for the World Under-20," the form four student at Lokonga Secondary School in Kisii County, said.