Embattled 1,500m Olympics trialist tipped by his coach to recover and soar in his career although he is pained to see Olympics dream dashed by anti-doping requirements.

•Etyang was rendered ineligible to compete in Tokyo for failure to undergo three out-of-competition tests as required by AIU.

•He had been named in the team to Tokyo after finishing second to Charles Simotwo in the men's 1500m at the national trials for the Olympics. 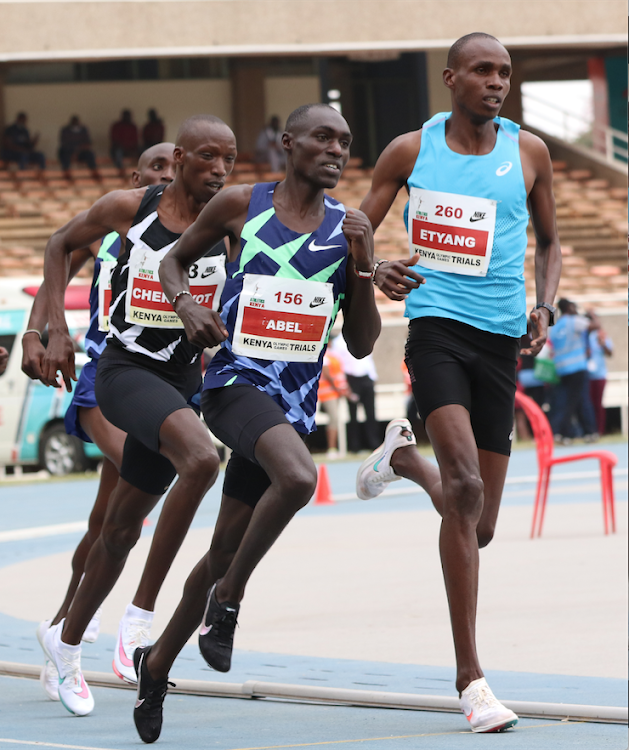 Peter Bii, coach of 2020 Olympic Games 1,500m trialist Kamar Etyang, says the athlete has accepted that he will not be able to compete at the Tokyo bonanza.

Bii said Etyang it is painful for Etyang to see his Olympics dream dashed by anti-doping requirements as stipulated by the Athletics Integrity Unit.

"Of course, he was not happy to hear that he would not be able to compete in Tokyo. It was painful for him considering going to the Olympics is the ultimate dream for any athlete. However, he has accepted this verdict and wishes the rest of the team well as they head for the Games. He is a young man with a bright future," Bii said.

He bemoaned the anti-doping requirements, describing them as an obstacle to many upcoming, talented athletes.

Etyang, who came second behind Charles Simotwo in the 1,500m final at the national trials, had been in doubt for the Games since he had not undergone the three mandatory out-of-competition tests as required by the AIU.

Attempts by Athletics Kenya to have the runner exempted from this requirement so as to compete in Tokyo — subject to anti-doping tests between now and the competition date — were unsuccessful as AIU said it was not possible.

"I think it is time that AIU removed Kenya from Category 'A' list because we have made so much progress as a country in the fight against doping," Bii said.

"I agree that rules are rules and that Etyang had not met the anti-doping requirements. If it is impossible to remove the country from Category 'A', at least they should reduce the number of required tests to two or one or even confine it to in-competition in the case of upcoming athletes who are not in the registered testing pool."

In his absence, world 1,500m champion Timothy Cheruiyot will join Simotwo and Abel Kipsang in Tokyo.

Cheruiyot, who finished fourth during the national trials, has been in sizzling form in the Diamond League series — the latest of which he set a personal best of 3:28.28 in Monaco to beat fierce rival Jakob Ingebrigsten of Norway.

His win came a week after he timed 3:32.30 while winning the Stockholm Diamond League. He also won at June's Doha Diamond League in  3:30.48.