The physical version will be restricted to 2,500 local and international elite athletes.

• The marathon, in its 18th edition, has previously been fully physical but will now adopt a hybrid format that includes both physical and virtual runs targeting 16,000 participants. 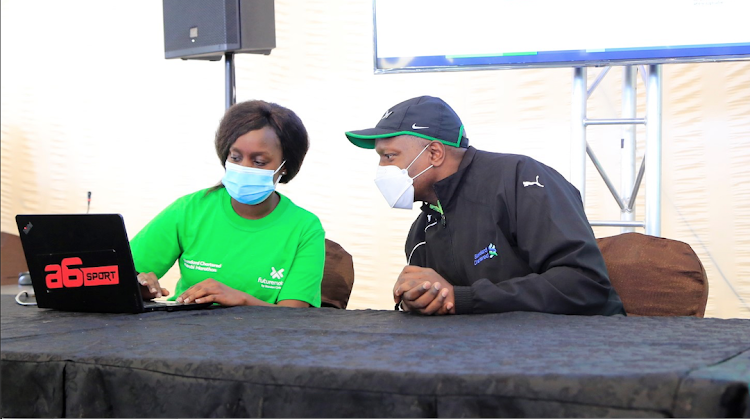 The organisers of the Nairobi  Standard Chartered marathon set for October 31, has announced numerous changes aimed at fitting into the 'new normal'.

The marathon, in its 18th edition, has previously been fully physical but will now adopt a hybrid format that includes both physical and virtual runs targeting 16,000 participants.

The physical version will be restricted to 2,500 local and international elite athletes. The 42km race will be held on the Southern Bypass as opposed to Uhuru Highway while Carnivore grounds will be the centre of operations, away from Nyayo Stadium.

A staggering 13,500 athletes will take part in the week-long virtual version between October 25 and 31.

"Upon cancellation of the marathon last year, we took time to engage with a couple of stakeholders and gained some useful insights for future marathons. The adoption of the virtual marathons and the emergence of virtual running communities across the world came to the fore," said Kariuki Ngari, CEO Standard Chartered.

"We have also considered key issues such as safety. Last year, a number of elite runners were affected due to the cancellation and we stepped up to offer financial and educational support through the KipKeino Foundation."

"This is an opportune moment for athletes to come and prove themselves. Last year was a difficult year for athletes and this year, together with various stakeholders, we are planning every event with the athlete's welfare in mind," said the AK supremo.

"The longstanding relationship with Standard Chartered bank has been fruitful in nurturing the next champions in road races. We believe this race is a launching pad for many young athletes in the region."

The elite athletes will be selected from the AK's database, training camps, previous SCNM database and previous marathons in the country.

For international elite marathoners, AK will reach out to respective athletics federations, inviting them for the event.