•The 26-year old is currently hard at work in training at Kapsait Training Camp in Elgeyo Marakwet County under the guidance of her coach, Eric Kimaiyo 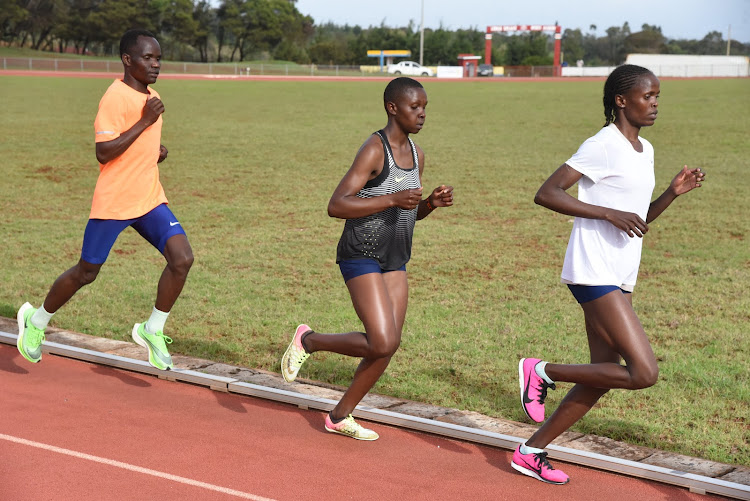 The 26-year old tested herself at last month’s Istanbul Half Marathon where she clocked 1:16:01 to finish a disappointing fifth, in a race won by compatriot and fellow Olympics-bound, world marathon champion Ruth Chepng’etich in a world record time of 1:04:02.

"I had some minor injury when I competed in Istanbul but now I’m back fully fit and I will concentrate all my training at Kapsait until departure to Olympics,” she said.

The marathoner said an Olympic gold would be a dream-come-true for her having spent most of her childhood and teenage years wishing for an opportunity to represent Kenya at the quadrennial event.

“While I was in Standard Eight, I watched the Olympic Games on television and I told myself ‘one day I’d also like to represent Kenya too. My home (Kapsowar) was quite a distance from school (10 kilometers) and I never wanted to be late that’s why I used to run quite a bit,’” she said in an earlier interview.

Kosgei has been hard at work in training, going through her paces at her Kapsait Training Camp in Elgeyo Marakwet under the watchful eye of her coach, former Honolulu Marathon champion Eric Kimaiyo.

Hers is a holistic training regime, which must take into account Kosgei's diet that hasn't changed much even in the build-up to Tokyo.

“My diet is the same and I haven’t changed anything. My body feels good and I want to push it to the limits and see how it responds on race day. We are mixing endurance and speed work with long runs," she said.

Kosgei, who is managed by the Italy-based Rosa Associati stable, has also been training in sunny conditions to ensure she acclimatises to the hot Japanese weather when she graces the Olympics.

She has responded perfectly to a recovery regimen that included sessions with Italian physiotherapist Sebastiano Erbi who spent some time monitoring her progress.

"The weather in Kapsait is good. Even when it rains, we still train, and even when it's cold, we also train; we are used to any weather condition here. We are also aware of the heat in Japan and that’s why we have some sessions at 4 pm when the sun is still out", Kosgei explains.

At times, the training group — which includes pacemakers — drive for close to two hours to Iten to access quality track sessions at the Lornah Kiplagat Academy and Stadium.

Kosgei has signed up with Stanbic Bank Kenya as ambassador in the bank’s new brand campaign dubbed "It Can Be."

The “It Can Be” campaign seeks to empower young men and women to achieve their big dreams with the world marathon record holder being used as an ambassador to motivate them. 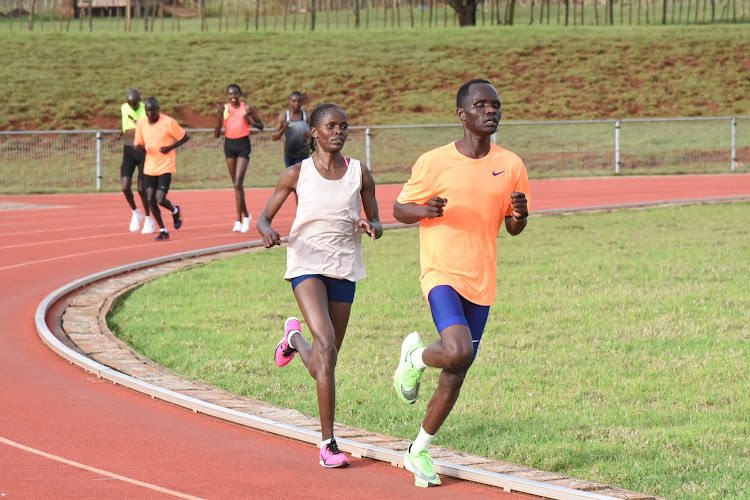 Considering her stature in the road races, it may be inconceivable to some that Kosgei never wanted to specialise in marathon but for some prodding by Kimaiyo.

"I used to fear the marathon… it was not easy, and I feared that one could even die on the road. However, he (Kimaiyo) encouraged me to join the Kapsait Camp and from 2015, I took the road races seriously thanks to his support," Kosgei said.