On Monday, Cabinet Secretary for Sports Amina Mohammed exposed a racket that roped in Christian Rohde of German Television Network, ZDF, who ma

•Tergat commended the ministry for acting appropriately by inviting the relevant Government agencies to carry out investigations and arrest suspects who engaged in the fraudulent activities. 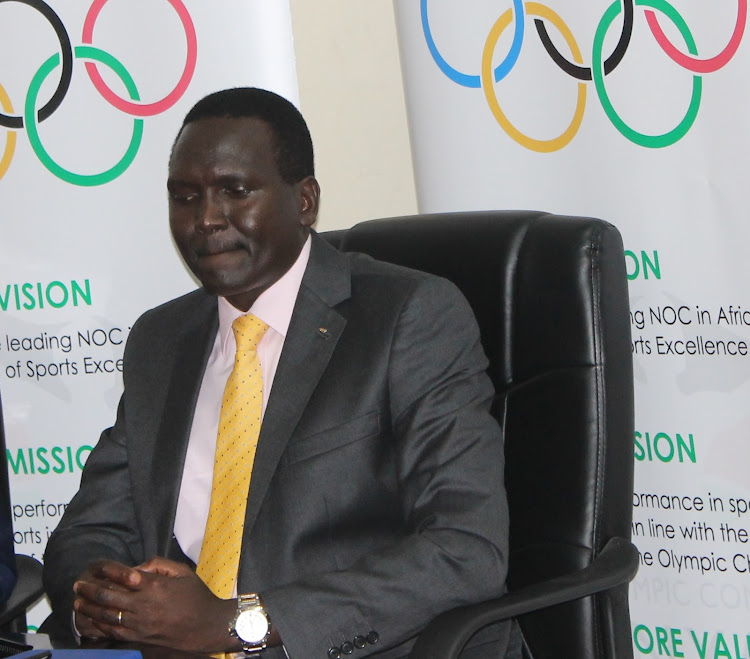 The National Olympic Committee of Kenya on Wednesday rallied behind government's efforts to fend off falsehoods aimed at maligning Kenyan athletes.

In a terse statement signed by the organisation's President Paul Tergat, NOC expressed “total solidarity with the Government of Kenya, through the Ministry of Sports, for its recent swift and unequivocal action to counter an intended unwarranted attack on the country.”

On Monday, Cabinet Secretary for Sports, Amina Mohammed, exposed a racket that roped in Christian Rohde of German Television Network, ZDF, who made outrageous claims about systematic cover-up of doping cases among Kenyans.

“Our attention is drawn to an email sent by an individual known as Christian Rohde. In the email, Mr. Rohde alleged he received information that Kenya, through ADAK and Athletics Kenya (AK) are engaged in a systematic coverup of doping cases among Kenyan athletes,” said Amina.

Amina pointed out the allegations were a well-orchestrated move aimed at portraying Kenyan athletes negatively in the eyes of the world.

Tergat commended the ministry for acting appropriately by inviting the relevant Government agencies to carry out investigations and arrest suspects who engaged in the fraudulent activities.

He echoed Amina's sentiments that the allegations were indeed orchestrated to disparage Kenya’s global standing and reputation in sports performance and leadership in the global anti-doping efforts.

“The Ministry did our nation proud through this preemptive action.

“The government demonstrated proactive alertness to protect our clean athletes from unfounded and malicious attacks from all quarters,” read the statement in part.

“We salute this effort to protect our hard working and clean athletes preparing to carry out national duty in the upcoming Tokyo 2020 Olympic and Paralympic Games and other global competitions ahead.

Tergat reiterated Nock had zero tolerance to doping in all its form and presentation.

“Accordingly, we have invested efforts toward this objective such as our full support to our Anti-Doping Agency, ADAK and Athletics Kenya in their education and awareness campaigns among the athletes.

“Further, Olympics Kenya has made arrangement to have all Olympic teams in camp schedule anti-doping education sessions for continuous awareness and education for our athletes."

“In equal measure, Olympics Kenya condemns any individuals or institutions that seek to use malicious means with the aim of undermining, sabotaging or destroying the milestones Kenyans have made towards clean sports in the country.