• "We are the most accessible and democratic sport — everyone can run and we have more people running than ever before," said Coe.

• The Global Conversation process started on Monday with a two-month period of consultation via online surveys. 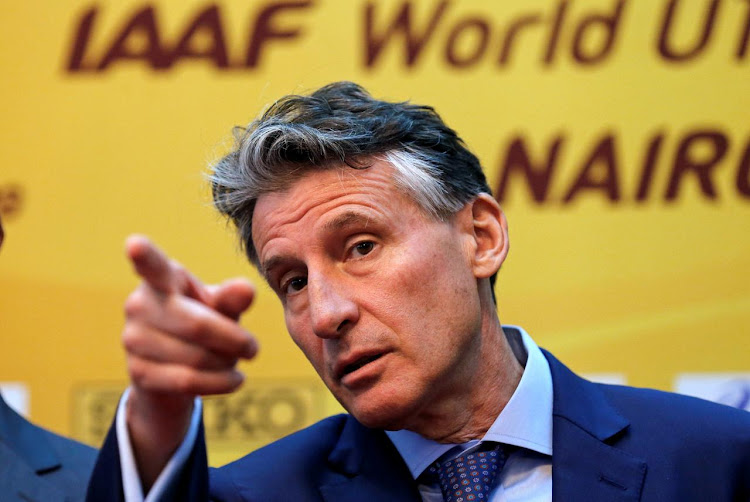 World Athletics president Sebastian Coe says that his sport can have a huge influence on helping the post-pandemic world address the global health crisis and is making plans to ensure that it is ready to take on that responsibility.

“At this moment, of all moments, there is an unbelievable opportunity for our sport to play a much bigger role than just elite competition, world records etc,” Coe told Reuters in an interview to launch his organisation’s “Global Conversation” survey.

“The debate is now focusing on what we are going to do when we come out of this? How can we boost the immune systems of those socially and economically hard-hit communities? I think athletics is absolutely in pole position to be able to do that.

“Around 50 per cent of most populations are now physically inactive and that’s a massive albatross hanging over global economies. If you are looking at healthcare provision I want athletics and all its assets to be absolutely at that table.”

The governing body’s survey is asking everyone connected to and interested in the sport to help shape its future from 2022-2030.

Everything is up for discussion, from how elite athletics competitions should look to how the sport can play a part in school curriculums from an early age. Every opinion is welcome but Coe said he hoped the sport’s position in the wider world will emerge as a key focus.

“I want this conversation to look at the broader role the sport can play because I think we can sit alongside governments, regional bodies and health organisation that are trying to figure out the way to address this health issue,” said the double Olympic 1500 metres champion and head of the London 2012 Games.

“We are the most accessible and democratic sport — everyone can run and we have more people running than ever before. So we need to say: ‘We are a really good tool here. We’re not just a sport that produces Usain Bolt, you’ve got millions of people inspired to want to run.’”

The 64-year-old Coe highlighted the rapidly-growing parkrun movement, the huge popularity of big city marathons and growth of trail and off-road events as evidence of people’s love of the basics of running. However, he recognises that does not always translate into an interest in the sport at elite level or to participation in the club or school structure.

“I think the real challenge is around the primary school section,” he said. “If you haven’t got people into that pattern of activity in those formative years it’s really quite hard to get them at 14 or 15 when there are other pressures – the horse has often bolted by then.

“If you have teachers or heads who get sport then they find a way but if they don’t it can become a lottery. It’s better than it was but I’m not sure we’re delivering as well as we could and should. Of course the physical and mental benefits are huge. I watch a lot of school sport and it’s uplifting but athletics can be complicated.

“The challenge we have is that nobody just says ‘I’m going down the track to play 800 metres’ – it’s different from having a kickabout in the park. So it’s really important we drive to get more coaches and officials, particularly women, who are going to encourage participation.”

The Global Conversation process started on Monday with a two-month period of consultation via online surveys.

“We have a great sport, it’s very popular, but we need to make sure we are not always just talking to ourselves so we need to hear from people who are going to help us shift the dial,” Coe said.

“By the time we get the draft plan we will have a lively, relevant audit of where we all are and if things come back that are unsettling, that’s great, it gives us the chance to assess where we are.”