Kipruto inspired by Tergat, Wanjiru videos ahead of Olympics debut

Apart from clinching bronze in Doha during the World Championships, Kipruto has also won the Rome Marathon, Seoul Marathon and the Tokyo Marathon in 2018. 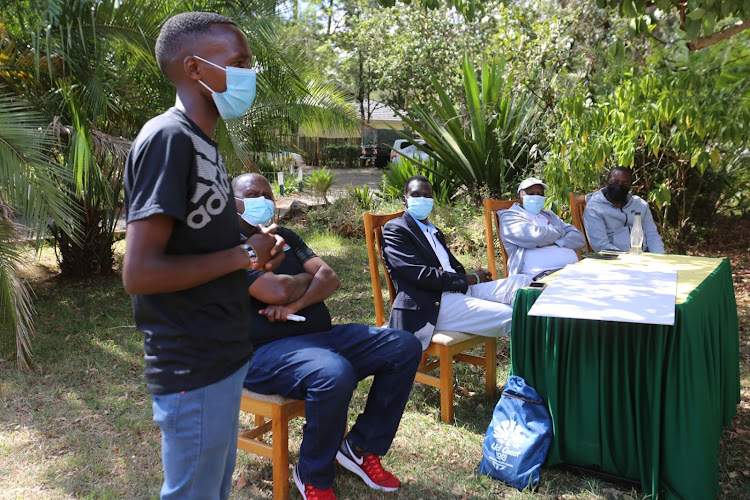 Kipruto has been watching old videos of the two's exploits in major international races to perfect his skills as he gears up to compete at the Tokyo Olympics marathon race alongside Eliud Kipchoge, Lawrence Cherono and Vincent Kipchumba.

“I developed my training and running style by watching Tergat and Wanjiru clips. They are the videos that I search for on YouTube most because they inspire me a lot . The two are no doubt great runners who achieved a lot in their careers,” the 2018 Berlin Marathon silver medalist said.

He singled out Wanjiru's race in 2010 Chicago Marathon against Ethiopian Tsegaye Kabede, where Wanjiru won in 2:06.24 with Kabede coming second in 2:06.43.

“In that clip, you can see Wanjiru was behind at 35km to 40km but he ran a marathon like he was competing in relays. That showed that while running a marathon, you must have that courage to run faster than expected,” Kipruto, who made his running debut in 2015, said.

Apart from clinching bronze in Doha during the World Championships, Kipruto has also won the Rome Marathon, Seoul Marathon and the Tokyo Marathon in 2018.  He said his target is to beat his personal best of 2:03.30.

“I have achieved my dream of running 2:03.30 and I am now looking forward to beating my personal best. I can’t say I will beat someone but I will target my own good performance. When I watch those clips, they motivate me a lot,” he said.

However, Kipruto believes it will not be an easy feat to achieve especially with the additional burden of flying the Kenyan flag high as part of Team Kenya's marathon team.

“ I know there are more than 50 marathoners in the country who can fly the Kenyan flag.  I have a huge task ahead as an athlete and to play that role, I need to run clean, away from drugs,” he said.