Discovery Cross Country champion hopes to be among Team Kenya's contingent to the Senior Africa Athletics Championships in Algiers, Algeria on June 1-5 as well as the Tokyo Olympics on July 23-August 8.

•Cherotich said a win in the women's 5,000m race will go a long way in etching her name in athletics history books

•She braved scorching weather conditions to win the 10,000m women's race at the 1st AKtrack and field weekend meeting 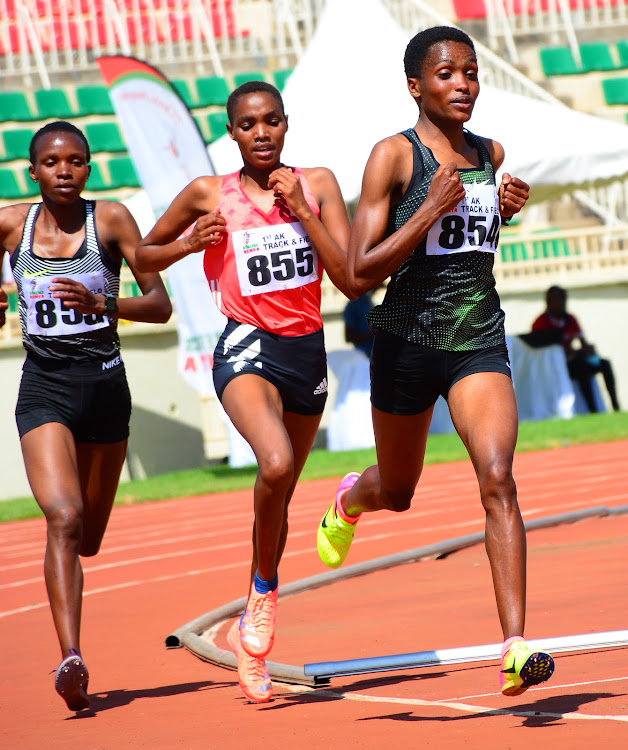 Kenya's new kid on the block Daisy Cherotich hopes to extend her blazing run of form at this weekend's Athletics Kenya track and field weekend meeting at Moi Stadium, Kasarani.

Cherotich said a win in the women's 5,000m race will go a long way in etching her name in athletics history books — her ultimate career objective.

"At the last AK track and field meet, I competed in the 10,000m race but this time I decided to go for 5,000m because I want to improve on my time. I have been training in Kapsabet and everything has so far worked out well. I trust in God that he will repay me for all the hard work I have put in training by granting me victory on Saturday," Cherotich said.

The two were entangled in a heated and energy-sapping battle at February's national cross country championships in which the Chelangat narrowly beat her to the tape.

" I am not sure whether she (Sheila) will be competing in the same race or not. Regardless, I know it will be a crowded race in which everyone has a chance to win.  It will not be easy, for that matter and so, I will have to work extra hard if I am to achieve my objectives,"she said.

Cherotich's battle with Chelangat at Ngong' Racecourse during the cross country trials came on the back of a shock win at the Discovery Kenya Cross Country Championships at the Eldoret Sports Club.

During the 1st AK track and field weekend meeting at Nyayo Stadium a fortnight ago, she braved scorching weather conditions to emerge first in the 10,000m women's race in 32:19.1.

Evelyn Chirchir finished second in 32:37.9 ahead of Joyce Kipkemoi who finished third in 32:58.8.

Cherotich hopes to be among Team Kenya's contingent to the Senior Africa Athletics Championships in Algiers, Algeria on June 1-5 as well as the Tokyo Olympics on July 23-August 8.

"I plan to compete in a race in Djibouti in the 5,000m before I switch back to 10,000m. I want to represent my country in Algiers and Tokyo in the 10,000m although I know there are many others with the same ambitions. The fact that the weekend meets will be used as mini trials for these events only means the competition will go a notch higher," she said.

Cherotich, who started running professionally five years ago, attributed her success thus far to discipline, trust in God and persistence amid challenges, such as the coronavirus pandemic.