The former rugby player, who shifted to the track after an injury, is not entertaining any thoughts about the postponement of the rescheduled Tokyo Olympics due to Covid-19.

•He is targeting an appearance in the finals of the 100m and 200m at the Tokyo Olympics as well as a gold medal at the World Athletics under-20 Championships on August 17-22 at Moi Stadium, Kasarani 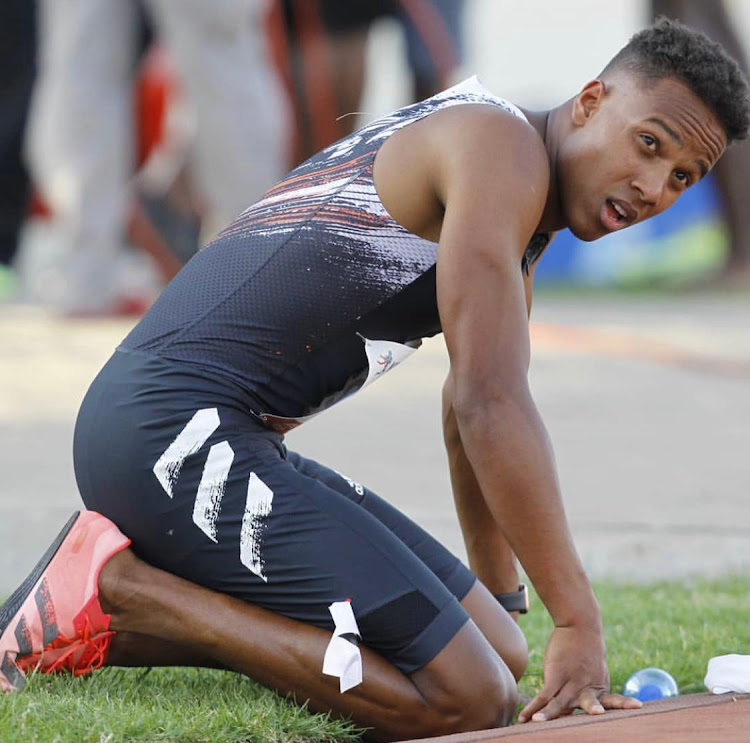 Tazana Kamanga at a past athletics championship.
Image: COURTESY

Danish sprinter Tazana Kamanga hopes his preparations in Kenya will spur him on to victory in the 100m and 200m during the World Athletics Under-20 Championships scheduled for August 17-22 at Moi Stadium, Kasarani.

Kamanga will line up against local athletes at this weekend's third leg of the Athletics Kenya Relay Series after participating for the first time at the second leg of the series.

"For me, it is not about competing with the others but preparations for the major races ahead. With the compromised training we have had due to the Covid situation, my aim is to make it to the finals of the 100m at the Tokyo Olympics and to win the 100m and 200m at the World Under-20 championships," Kamanga said.

Kamanga has been training under the guidance former sprinter Peter Gatana and he is part of the latter's TKD Performance Sprinters' Club.

He spoke highly of his experience of training in the country, describing the country's warm weather as perfectly suited for his fitness and psychological levels.

"Training and running in Kenya has been a pleasant experience especially with the warm weather. I look forward to many more experiences here. It can only get better," he said.

The former rugby player, who shifted to the track after a career-ending injury, is not entertaining any thoughts about the postponement of the rescheduled Tokyo Olympics due to Covid-19.

"There is no backup plan if the Olympics are cancelled. We have been training as if they will go on and we hope that will be the case," he said.

He will come up against the two, alongside other sprinters, in the third leg, which is by invite-only.

Thereafter, attention shifts to the AK Relay trials on March 26-27 to select the Kenyan team to represent the country at the World Relays Championships on May 1-2 in Selesia, Poland.