Russian Athletes must be kept out of Tokyo Games, says whistleblower Rodchenkov

• The architect of the country’s infamous state-sponsored doping scandal told BBC Sport the country had not changed despite being banned from all major sporting events for four years in December for manipulating laboratory data.

• Speaking via Zoom from an undisclosed location in the US where he has been in hiding for the past five years, and shrouded in a scarf, sunglasses and hat to keep his changed identity secret, Rodchenkov believes he is now “unrecognisable”, having also changed his behaviour and gestures. 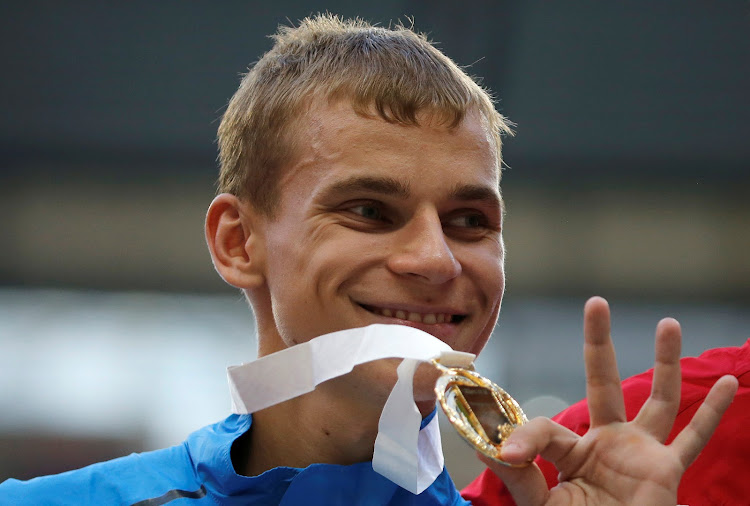 Russian race walker Aleksandr Ivanov who was been banned for three years over doping
Image: /FILE

The architect of the country’s infamous state-sponsored doping scandal told BBC Sport the country had not changed despite being banned from all major sporting events for four years in December for manipulating laboratory data.

The World Anti-Doping Agency (Wada) has ruled that Russian athletes who prove they are clean will be able to compete in Japan under a neutral flag.

In his first broadcast interview since the decision, Rodchenkov, the former head of Moscow’s anti-doping laboratory, said: “It should be an absolute blanket ban without any excuses or admissions of athletes.

“The same personnel who were smuggling and swapping samples during Sochi [the 2014 Winter Games], they were falsifying all documentation. It was a progression in falsifying, day by day, of this data - an incredible fraud of unspeakable proportion. It shows the country learns absolutely nothing.”

It had to provide the information to Wada as a condition of its controversial reinstatement in 2018 after a three-year suspension for a cheating conspiracy across the “vast majority” of Olympic sports.

Russia has repeatedly denied the allegations, and claimed the unprecedented four-year sanction is excessive, unfair and politically motivated.

Its appeal against a punishment that rules it out of both the Tokyo Games and the 2022 football World Cup will be heard by the Court of Arbitration for Sport (Cas) in November.

Speaking via Zoom from an undisclosed location in the US where he has been in hiding for the past five years, and shrouded in a scarf, sunglasses and hat to keep his changed identity secret, Rodchenkov believes he is now “unrecognisable”, having also changed his behaviour and gestures.

Rodchenkov fled to the US from Russia in 2015 with detailed evidence of the state-sponsored doping regime that he masterminded.

His evidence led to Russia being banned from the Olympics and he has been in hiding ever since, saying he still fears reprisals from the Russian state.

With his story already the subject of Oscar-winning documentary Icarus, Rodchenkov has now written an autobiography chronicling his life and the elaborate nature of doping procedures at the 2014 Winter Olympics, where positive urine samples were swapped for clean ones through a hole in his laboratory wall.

The Rodchenkov Affair includes an extraordinary claim that the Soviet Union boycotted the 1984 Olympics in Los Angeles because Russian officials feared their doping would be exposed. Rodchenkov has previously apologised to British athletes for his role in tarnishing the integrity of the London 2012 Olympics by helping Russian athletes to cheat.

Some have suggested that the London Games could have been the dirtiest Olympics in history, with 140 athletes from the event having since been disqualified. The Russian doctor says the description is unfair and that the Games have been dogged by rampant cheating for decades.

He said: “[If] we had such instrumentation and methodology that we possess today… [and] theoretically samples from [the] Seoul, Moscow or Atlanta Games stored, it would be hundreds and hundreds of positives. London was not worse than other Games.”

“What happened in Russia, its climax…could never be reached ever in any [other] country after my laboratory, because we had the green light from everywhere. The Olympic Games was a project of [Russian president Vladimir] Putin. We had no limitation on resource.”

Rodchenkov claims that he was part of a system which went to the very top of the Russian state, including Putin and former deputy prime minister Vitaly Mutko.

The Russian government insists he was effectively acting alone, and that there was no government-sponsored doping plot. Mutko, who last year won his appeal against a life ban from the Olympics, has denied allegations of wrongdoing.

President Putin has frequently dismissed Rodchenkov’s claims, calling him an “imbecile” who “could not be trusted”.

When asked whether cheating could ever be eradicated from the Olympics, Rodchenkov said: “It’s human nature, of course it’ll never been clean. People want gold medals. Some of them want [them] very much and that’s why they are using doping.

“Regardless of any threats, even if you have an ideal doping-control system, covering all the sample collection, intelligence-based and sophisticated laboratories, there will be 15% of people who are incorrigibles.”

“The biggest drawback of Cas is so-called ‘comfortable satisfaction’,” he said.

Cas applies a standard of proof termed ‘comfortable satisfaction’, defined as being in between the ‘beyond reasonable doubt’ required for convictions in criminal cases, and the lower ‘balance of probabilities’ threshold in civil cases.

“The more serious charges and fraud, to prove it requires much more strict evidence for Cas... This is why I lost to Cas two years ago.”

In 2018, Cas overturned bans issued to 28 Russian athletes implicated in the doping scandal by Rodchenkov because of insufficient evidence.

“Would it be balance of probabilities, Russia would be suspended for 12 years,” he said. “[But the] judges are different. [If they] say ‘I’m not comfortably satisfied, I feel badly for Russian sports’, you will lose the case.”

Rodchenkov said he expected disgraced US endurance running coach Alberto Salazar to win his appeal at Cas later this year against a four-year ban for anti-doping violations, having denied wrongdoing.

“I think that Salazar’s appeal will be upheld,” he said. “My opinion, considering ‘comfortable satisfaction’. Do we have any positive case? No. ‘You’re free, you’re clear’.”

In athletics, Russia has been banned from competing as a nation since 2015 after a Wada-commissioned report by sports lawyer Professor Richard McLaren alleged widespread corruption that amounted to state-sponsored doping of Russian track and field athletes.

The Athletics Integrity Unit called for the “severest possible consequences” - including that the “authorised neutral athlete process remain suspended” and that Rusaf be expelled after it denied its involvement in the alleged cover-up.

“In athletics it’s incredible cheating with the Lysenko case,” said Rodchenkov. “Now [World Athletics president] Sebastian Coe is ready to suspend or disqualify Russian athletics forever. It’s very right, because people in Russian athletics — if they are not absolutely guilty, they are complicit.”

Last month a possible blanket ban of Russian track and field athletes at Tokyo 2020 moved a step closer when World Athletics suspended the process of allowing some to take part as authorised neutral competitors on the international circuit. The move came after Russia failed to pay £5m in fines and legal costs for doping offences.