The duo has established themselves as some of the best upcoming road runners, following in the footsteps of experienced Hilda and Sylvia.

• Elvin, who got a scholarship to study Public Health at Arizona University in the USA, says it is such a great honour to race against her twin sister.

• I have won several college races in the USA but the most memorable one was 10km Boston race where I finished a distance sixth — Elvin. 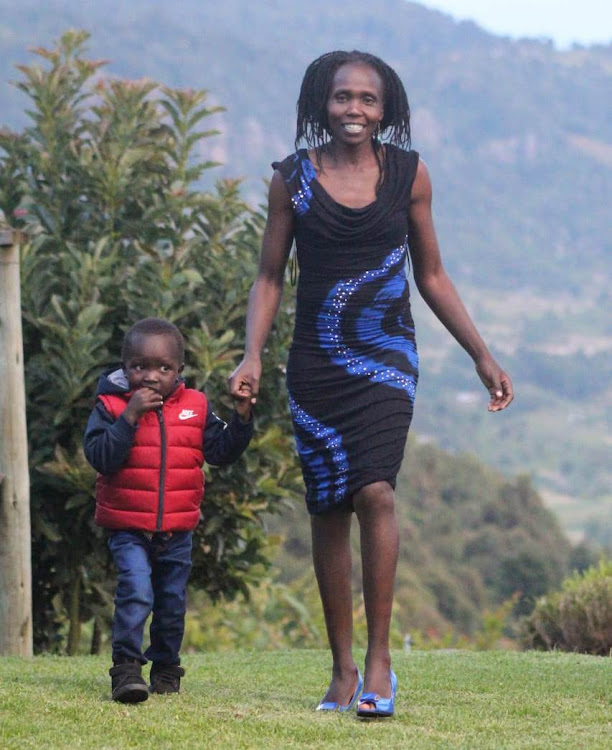 Sylvia Kibet, one of the runners of Peter and Grace Kibet with her son
Image: Emmanuel Sabuni 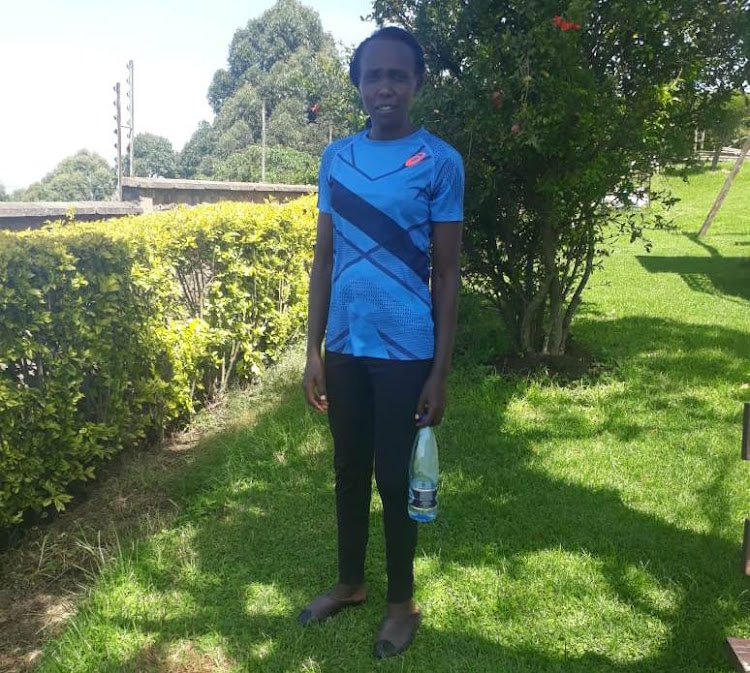 Sylvia Kibet at her home in Iten
Image: Emmanuel Sabuni 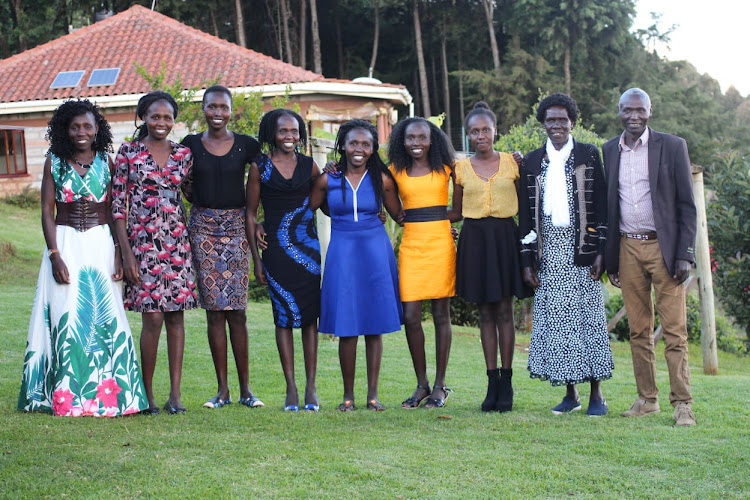 The big running family of Peter and Grace Kibet at their home
Image: Emmanuel sabuni

From time immemorial, sibling rivalry continues to be an important spectacle in professional sports.

However, when it comes to twins, the phenomena becomes all too special.

And as opposed to rivalry in team sports, coming up against a twin brother or sister on the track becomes an emotional affair.

But for the family of Peter Kibet from Elgeyo Marakwet County, it goes deeper than that.

Peter, a Kenya Forest guard,  and his wife, Grace Kibet are blessed with a quintet of runners including Hilda Kibet, Sylvia Kibet, Valentine Kibet and twins Elvin and Ivy Kibet.

However, it is the story of the United States of America-based Elvin and Ivy that makes their running all the merrier.

The duo has established themselves as some of the best upcoming road runners, following in the footsteps of experienced Hilda and Sylvia.

But it is competing against each other that Elvin values most in their sisterhood.

Elvin, who got a scholarship to study Public Health at Arizona University in the USA, says it is such a great honour to race against her twin sister.

She says that despite the spirit of competition, whose end product is a win, she appreciates that having a twin sister in the same competition more than intensifies their bond.

“It is not all the time you run against your sister especially a twin," says Elvin as she shyly pats Ivy on the shoulder.

"For me it is a very unique opportunity. We have raced together and there is that competitiveness, trying to beat my sister. We raced together in 2015 and I was ahead of her just a little bit not much,” said Elvin.

The eloquent and fast-speaking Elvin, has specialised in road races but her dream remains to run against her twin sister in a major championship.

“I have won several college races in the USA but the most memorable one was 10km Boston race where I finished a distance sixth,” added Elvin.

She won her Arizona University scholarship after doing a time trial at the historical University of Eldoret under the scout-ship of James Li, the coach of multiple world champion Bernard Lagat.

“The coach was here and he was interested in me after I did my time trial very well. He gave me good time to train and he was very patient with me hoping to do well and I did, making him proud,” said Elvin.

Ivy, who has been competing mostly in local races, is also optimistic that they will face off in major championships.

“We always train together when Elvin comes home though she is stronger than I am most of the time,” said Ivy. “My twin sister gives me moral support since I don’t like her beating me. But in a race, you can’t really know what will happen."

Ivy has previously won the Amory Loop and Dam to Dam among other road races in Europe but despite her relationship with Elvin, she draws a lot of support and mentorship from elder sisters Hilda and Sylvia.

“I ran with Sylvia at the Dam to Dam where I finished one position behind her at eighth but what I knew was that she had an injury. I really encouraged her not to give up along the way and she managed to finish in a not-so-bad position,” says Ivy.

Sylvia remains the most experienced among the sisters having represented the country in several major championships, right from the junior to the senior ranks.

She observes that despite being rivals when it comes to competitions, they always work together in training.

“Working together as a family is the best thing ever. As the elder sisters, we provided the way for the young ones and they are doing well in their various fields. That is a plus in our profession,” says Sylvia.

Sylvia began her career at the 1999 World Youth Championships where she won a silver in the 5,000m race before taking a break.

She returned in 2006, winning bronze in the 5,000m at the Africa Championships before adding a bronze medal at the All Africa Games in the same distance.

“All these achievements I owe them to teamwork that we have always had as a family,” added Sylvia.

After a lengthy career on the track, she changed gear to road racing and has since competed in established events including Saitama Marathon.

Hilda represented Kenya at the 2008 Olympic Games, finishing fifth in the 10,000m. But despite not being a regular in Team Kenya, she has been consistent in road running.

She won both Egmond and New York City half marathons in 2007 also winning the New York 10km title the following year.

She competed at the 2008 Frankfurt Marathon, finishing sixth in a personal best time of 2:26:23.