But despite being deprived a chance to earn a living on the roads, she feels the cancellation or postponement of sporting events is worth it.

• Athletics is our job but with most activities canceled or postponed, we have no alternative but to do some parenting at home, helping our children with their studies — Cheyech

• However, the family is engaged in small-scale dairy and poultry farming, which Cheyech uses to supplement her reserves. 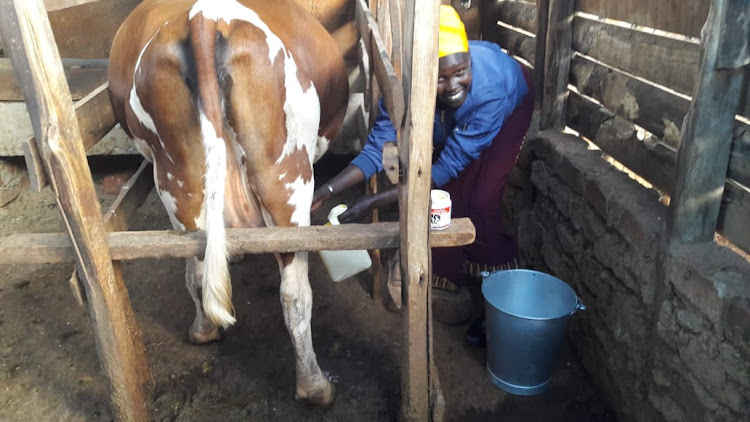 Following the discontinuation of major sporting activities and closure of schools due to the coronavirus pandemic, most parents have found themselves stuck in the house with children who need help with their homework.

However, this has not been easy for many, especially due to the challenges posed by the recently introduced Competence-Based Curriculum (CBC) by Kenya Institute of Curriculum Development (KICD). Most, if not all parents with pupils in lower grades, have had to adapt.

Former Commonwealth Games Marathon champion Flomena Cheyech Daniels is among them. With camps closed and thus numerous hours indoors, she has been forced to master the tricks. “Athletics is our job but with most activities cancelled or postponed, we have no alternative but to do some parenting and help our children with their studies," said Cheyech.

However, she has had challenges understanding some of the new aspects, especially pronunciation. The Corporate Half Marathon winner was set for a return from maternity leave and race in Guanzhou Road Race in China after failing to finish in 2018.

But despite being deprived a chance to earn a living on the roads, she feels the cancellation or postponement of sporting events is worth it. “For a  good future, it was wise to suspend or cancel the races because if they had allowed us to run, we could have contracted the virus, get sick and in the process spread it further. We are so vulnerable,” said the former world half-marathon runner.

Her husband, Willy Kimutai, is also stuck at home, with Rio Marathon, where he was supposed to run in May also suspended. “It is such a bad situation that all of us have been confined in the house and nothing seems to be working,” she said.

However, the family is engaged in small-scale dairy and poultry farming, which Cheyech uses to supplement her reserves.

“I spend some time taking care of my chicken on my small piece of land. I own about 100 chicken, producing about 60 eggs a day, which I sell Sh13 each. I also sell the chicken where a hen can rake in Sh400 while a cockerel sells at Sh700,” said the 2012 Porte Alegre Marathon winner.

Cheyech, who defeated compatriot Caroline Kilel to win her first gold for Kenya at the Commonwealth Games in Glasgow, Scotland in 2014 is hopeful the pandemic will clear soon.

“I do hope everything will be back to normal by the time we run at the Singapore Marathon in December,” she said. She has previously run in Singapore, finishing second.