• In the women’s 10kms race, Momanyi led from gun to tape to lift the title beating favourite Teresia Omosa to second place. Momanyi won in 34:37.40 while Omosa finished in 34:40.10. 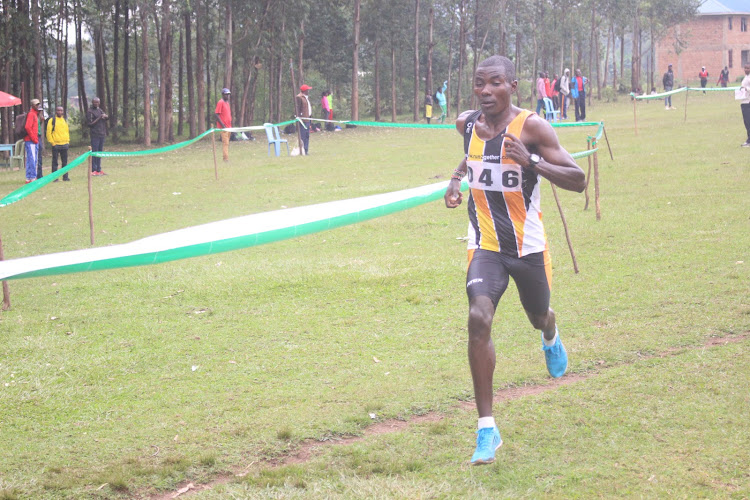 “The level of competition today was high. I’m happy I beat my rivals here today and I’m looking forward to the nationals. Over the years, I have been improving at the nationals. This time around, I’m aiming to finish top six,” said Simba. 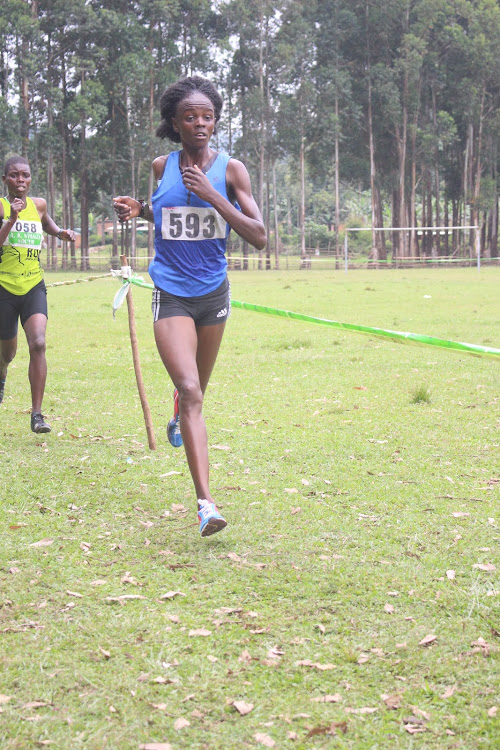 In the women’s 10kms race, Momanyi led from gun to tape to lift the title beating favourite Teresia Omosa to second place. Momanyi won in 34:37.40 while Omosa finished in 34:40.10.

Ronah Nyabochoa another favourite was relegated to the third position in a time of 35:06.30.

Speaking to journalists, Momanyi said: “I’m happy for the win today. It means a lot to me and career. I have been having a lot of personal challenges but they are over.”

She added: “I’m hoping for the best at the national. This course had many barriers but that is cross country and I didn’t expect easy courses. My speed has not improved because this was part of my marathon preparations.” Nancy Kerage was fourth (35:16.50) and Ruth Bosibori fifth (35:46.10).

Veteran Damaris Areba settled for the sixth place after crossing the finishing line in 36:42.10.

Jane Ghati won the women’s 6km race after leading from gun to tape. The standard eight pupil at Eluni Academy crossed the finishing line in 20:22.80 ahead of Japan based Dolphine Omare who finished in 20:54.50 as Mary Nyaboke came home third in 21:01.60.

Edwin Kipsaisak emerged winner in the 6km race after crossing the finishing line in 18:23.60 narrowly beating Joseph Mochabo to second place 18:23.90 in a closely contested race. Benjamin Onyambu was in 18:24.60.

The event was used to select 45 athletes to represent Nyanza South at the national cross country championships to be held in Nairobi next month.