Momanyi hailed the fans who turned up in large numbers despite being a weekday.

• NSL top scorer this season, Vincent Nyabuto gave the Glamour Boys the lead after a howler by Kajiado goalkeeper Idd Marion allowed him to slot into an empty net in the 27th minute. 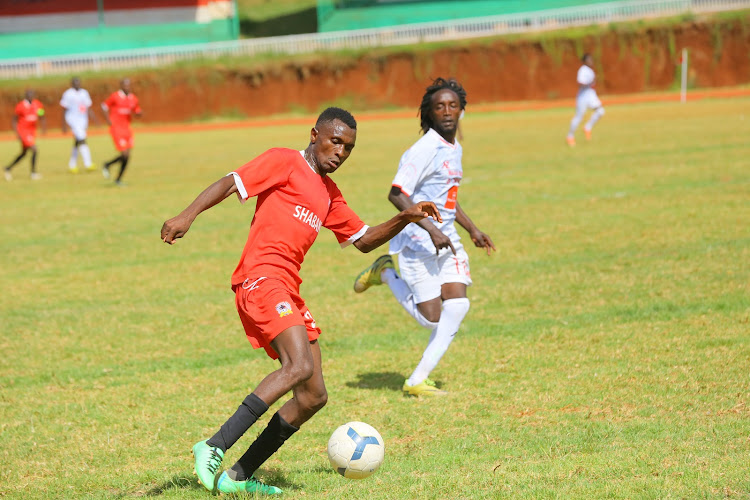 Shabana extended their lead at the top of the Football Kenya Federation National Super League to five points after a 3-1 triumph over Kajiado FC in a midweek match played at Gusii Stadium.

NSL top scorer this season, Vincent Nyabuto gave the Glamour Boys the lead after a howler by Kajiado goalkeeper Idd Marion allowed him to slot into an empty net in the 27th minute. Isaac Otieno added Shabana’s tally in the 42nd minute.

In the second half, Kajiado appeared rejuvenated and pulled one back through James Mutuku in the 52nd minute when his volley from outside the area beat Michael Matasio in the Shabana goal.

It was the second goal that Shabana has conceded in eight games.

Kajiado's hopes of salvaging a point at Gusii Stadium were dashed when Nyabuto notched his second goal of the game and sixth for the season. 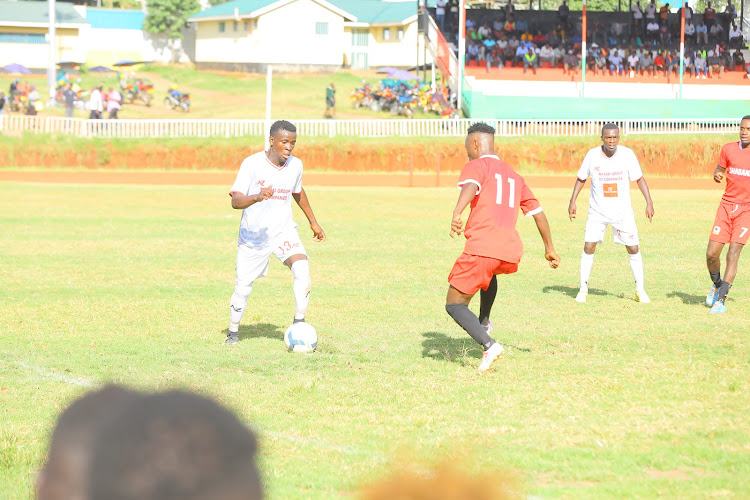 “I have a very young squad comprising mostly of armateurs. These are boys who have never played in any league. In the mid-season, I intend to sign experienced players. I have already identified four because for a team to compete in this league, you need experience,” added Mutembei.

He said his boys would seek to bounce back when they play their next game against SS Assad at Shamu grounds in Kwale County on Monday.

Shabana assistant coach Kevin Momanyi, standing in for the suspended Sammy Okoth, said: “We want to make Gusii Stadium our fortress by winning all our home games. That is our target this season.”

He added: “The match against Kajiado was very technical. We want to continue with this momentum to help us return to the Kenyan Premier League. I want to promise the fans that this is our year.”

Momanyi hailed the fans who turned up in large numbers despite being a weekday.

At Migori Stadium, hosts Migori Youth and Murang'a Seal battled to a barren draw while Darajani Gogo and Mully Children's Family also played to a 0-0 draw at Camp Toyoyo.

•They lead the log with 19 points followed in second place by Kibera Black Stars with two points behind while Coastal Heroes are third with 13 ...
Sports
6 days ago

Two games are scheduled for Friday in round six of the fixtures.
Sports
3 weeks ago

Indimuli said he was surprised after stumbling upon the claims on social media pages.
Sports
2 months ago
Post a comment
by ANGWENYI GICHANA Chief Correspondent, Nyanza Region
Sports
26 January 2023 - 11:19
Read The E-Paper