Injera calls for state to fairly reward athletes for achievements

• Injera believes athletes who have placed the country on a global map deserve better than just awards.

• The utility back who has spent 17 years with Shujaa challenged Kenya to take sports like a career just like their European counterparts. 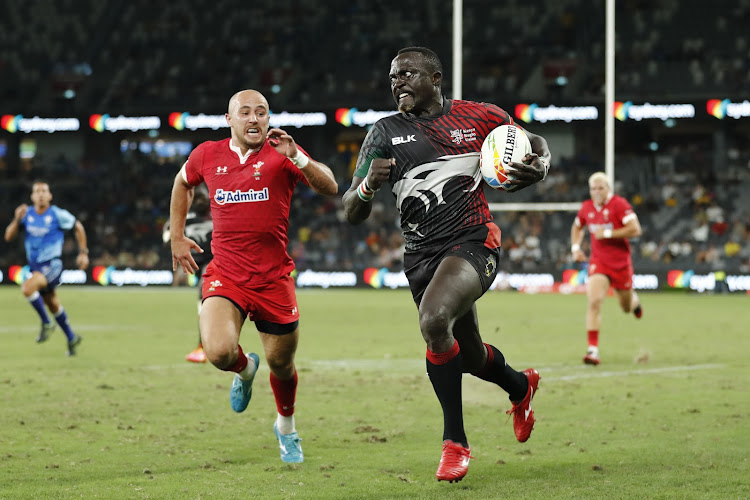 Kenya's Collins Injera races away from the Wales defender in a past match.
Image: /FILE

Speaking during the Sports Personality of the Year Awards (SOYA) at the Kenyatta International Convention Center (KICC), the 36-year-old Injera believes athletes who have placed the country on a global map deserve better than just awards.

"We should not wait until such awards as Soya to recognize great sportsmen and women. There are better and many ways to crown our heroes," Injera said.

"Our streets and facilities can also be named after great players. Things like this will go down in history and will also motivate junior athletes to chart their own path to stardom."

Injera was recently inducted into the Fiji Hall of Fame during the Coral Gold Coast Sevens. He holds second place for the number of tries scored at 271 in the World Rugby Sevens Series.

At the same time, the utility back who has spent 17 years with Shujaa,  challenged Kenya to take sports as a career just like their European counterparts.

"Like nursing, Kenya must consider sports as a profession and embrace it," he added.

Injera started playing rugby while at Vihiga High School though rugby was not his first love. Injera has spent most of his career at Nairobi-based Mwamba RFC.

"Playing rugby was like an accident. I wanted to play football but the field at Vihiga was too crowded. It was then that I decided to join rugby, a decision that I don't regret if my achievements are anything to go by."

"I am happy to play for a longer period at the top level. Playing at the Olympics was a dream come true."

Injera won the Kenyan Sportsman of the Year award in 2009. The following year, he was awarded the presidential Order of the Golden Warriors (OGW) alongside his brother Humphrey Khayange for their performance in the 2008–09 IRB Sevens World Series.

Injera guided Shujaa to winning the Singapore Sevens at World Sevens Series in 2016, where he was also named Player of the final.

The winners will feature in Pool C next year alongside Australia, Fiji, Georgia and Wales.
News
2 months ago

The team are currently at Pembroke School in Gilgil finalizing their final training camp before departure to Dubai on Monday.
Sports
3 months ago
Post a comment
by EVANS OUSURU
Sports
24 January 2023 - 05:00
Read The E-Paper