Headcoach Japheth Munala said the collective effort will be key if the bankers wish to add another trophy to their cabinet.

• The Ruaraka-based side finished second in the regular season.

• The team will miss the services of star attacker Sharon Chepchumba who linked up with  Aris Thessaloniki volleyball club, a Greece third-tier side immediately after Malkia Strikers completed their preliminary matches at the World Championships in October. 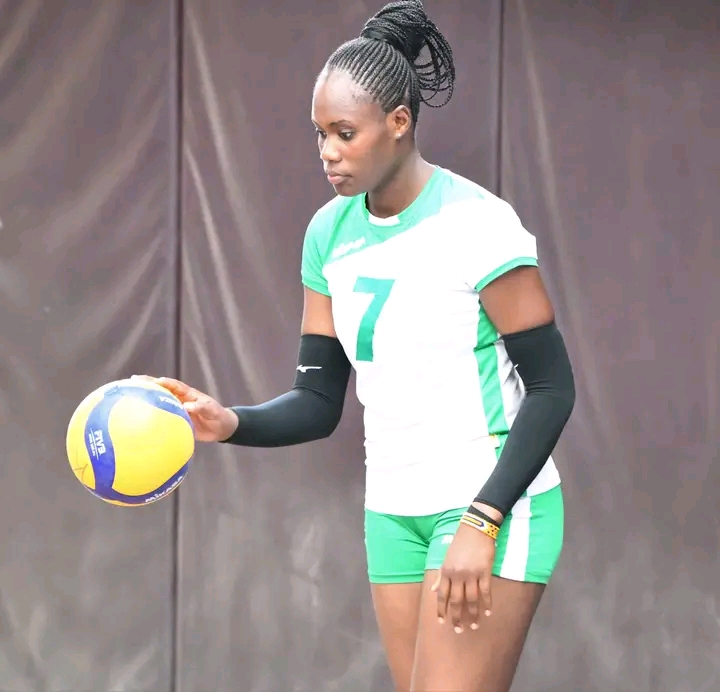 KCB' Immaculate Nekesa in a past training session
Image: /FILE

KCB women's volleyball team will capitalize on blocks and reception to win the national women's playoffs starting this Friday at the Kasarani Indoor Arena.

Head coach Japheth Munala said the collective effort will be key if the bankers wish to add another trophy to their cabinet.

KCB are the reigning African Club champions after upsetting Egypt's Al Ahly 3-1 in the finals held in June 2022, in Kelibia, Tunisia to end a 16-year continental title drought.

KCB will battle it out with Kenya Pipeline, the Directorate of Criminal Investigation (DCI) and the dominant Kenya Prisons side during the three-day championship.

"We will have to maximize on middle blocking and reception if we have to get the better of our opponents," Munala remarked.

"The fact that the season was competitive is a no-brainer. The arduous task of league glory calls for faultless performance. We haven't won the league for a long time but we have to tackle our matches without pressure," added the former national women's coach alias Malkia Strikers.

The Ruaraka-based side finished second in the regular season. The team will miss the services of star attacker Sharon Chepchumba who linked up with her Greece third-tier side, Aris Thessaloniki Volleyball Club, immediately after Malkia Strikers completed their preliminary matches at the World Championships in October.

"Filling Chepchumba's void has thus far proved an exercise in futility. She was one of the most dependable players and her presence sent shivers into our opponents. We faced problems in Mombasa and Mosoriot but Mariam Musa and Shalyne Maywa have fitted in well and the team has adjusted."

KCB will rely on experienced stars Mercy Moim and Edith Wisa. Fast-rising setter Immaculate Nekesa who made her Malkia debut in the Netherlands is one of the players to watch too.

Nekesa was reunited with Esther Mutinda, who decamped Kenya Pipeline for KCB in the mid-season move but is unavailable. The pair played together at Kwanthanze High School and know each other well.

"It's a pity Mutinda will play no part in the playoffs. We are already preparing for next season and she's part of the plan. We need to be inch-perfect in our system of play which includes net offence, backcourt defence and offense."

Six coaches to battle it out for Soya annual award

The gala returns to Nairobi after the hosting of four gala events in Mombasa County, Naivasha in Nakuru County and Kakamega County over the last four ...
Sports
2 weeks ago

The 14-member playing unit was finally named on Monday ahead of the World Championship co-hosted by the Netherlands and Poland from September 23 to ...
Sports
4 months ago
Post a comment
by EVANS OUSURU
Sports
18 January 2023 - 04:45
Read The E-Paper