• In the corresponding women’s category, Kipyegon will face it off with tennis sensation Angela Okutoyi who won a first ever grand slam title for Kenya. 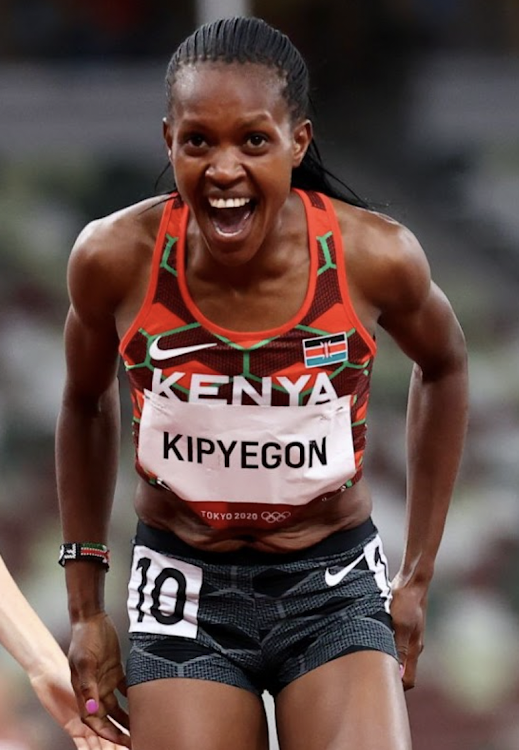 The 2022 Sports Personality of the Year Awards (SOYA) shortlists have been trimmed to the final five—three days before the event is staged at the  Kenyatta International Convention Centre (KICC) on January 20.

In the corresponding women’s category, Kipyegon will face it off with tennis sensation Angela Okutoyi, who won a first-ever Grand Slam title for Kenya.

Serah Wangari, Beryl Wamira and Linnet Fwamba will face it off with para-lifter Hellen Wawira and last year’s winner renowned Paralympian, Nancy Chelangat in the Sportswoman Living with a Disability category.

The 19th edition of the SOYA gala makes a comeback to the capital city from the county editions held in Mombasa, Naivasha and Kakamega.

The men’s list of the Sportsman Living with a disability category has Deaflympians Symon Kibai, who is the defending champion, golfer Isaac Makokha, Ian Wambui, Lucas Wandia and wheelchair athlete Wesley Sang.

Dennis Mwanja of Kenya Lionesses (rugby) battles it out for the Coach of the Year award alongside Japheth Munala of KCB women’s volleyball, Para-lifter tactician, David Waore, Sammy Kiki of KPA men’s basketball and his counterpart Anthony Ojukwu of KPA women’s side.

The sports team men contention will be among the 4x 100m relay team that won gold at the Africa championships, the National Cereals and Produce Board handball team, and rugby teams Menengai Oilers 7s and Kabras Sugar RFC who won the Kenya Cup.

Lionesses defeated hosts Uganda 23-3 in Kampala to win the Rugby Africa Cup in the Pool “B” clash after seeing off Zambia Zambia 36-17.
Sports
4 weeks ago

Six coaches to battle it out for Soya annual award

The gala returns to Nairobi after the hosting of four gala events in Mombasa County, Naivasha in Nakuru County and Kakamega County over the last four ...
Sports
1 month ago
Post a comment
by EVANS OUSURU
Sports
18 January 2023 - 05:00
Read The E-Paper