Why Hamza is super excited about debuting FIA Junior WRC

•Hamza is one of Kenya’s latest promising young talents who made his WRC debut at Safari Rally Kenya in 2021, steering a Fiesta Rally3 to second in his class.

•Hamza said he is overly excited about the opportunity and the future idea of being a professional rally driver in the same mould as his European-based counterparts. 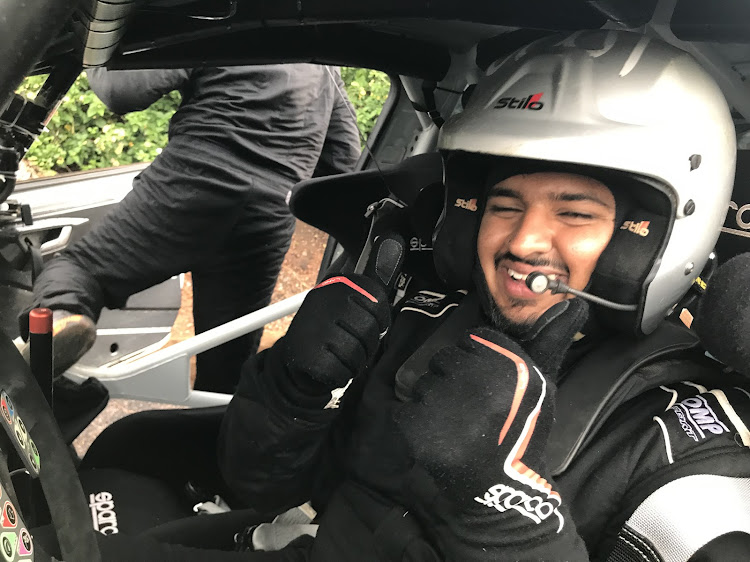 Rally youngster Hamza Anwar says he can’t wait to drive on snow and ice after he was selected to compete in all five rounds of the FIA Junior World Rally Championships.

Hamza is set to compete inside Europe for the first time in his career and is one of Kenya’s latest promising young talents who made his WRC debut at Safari Rally Kenya in 2021, steering a Fiesta Rally3 to second in his class.

The reigning FIA African Rally Championship (ARC) junior champion and third-best at a continental level last year, makes up the flurry of upcoming stars waiting to make their Junior WRC debuts this season, following the confirmation of the full list of 2023 entrants.

Speaking in Nairobi, the son of Asad Anwar, a former Nanyuki Rally winner, said he is overly excited about the opportunity and the future idea of being a professional rally driver in the same mould as his European-based counterparts.

Hamza narrated: “We are on for all the five rounds. We have been granted a car already but we have to find sponsors to cater for some incidentals like travel, more so, when trying to find flights to smaller destinations. I will also cater for my recce car expenses.”

He went on: “But all in all, it’s an incredible dream come true. I have never driven on snow and ice and I am looking forward to it. So, I really have to finish but at the same time take the fight to my opponents because the more stages one win in the class, the more additional points gained.”

The opening round at Rally Sweden from February 9-12 marks the 24-year-old’s first rally on snow.

As confirmed by WRC.com earlier this week, William Creighton starts the year as one of the favourites with two years of Junior WRC experience already under his belt.

But Creighton isn’t the only driver making a return to the championship. WRC fans may be unfamiliar with Laurent Pellier but the Frenchman currently has a 100 per cent winning record in the Junior WRC.

Pellier, 27, made a one-off appearance at the 2016 Tour de Corse, where he shocked many by winning the category.

Paraguay's Diego Dominguez will be hoping to capitalise on the knowledge he gained whilst driving a Fiesta in last year’s WRC3 Championship, while newcomers Raúl Hernández and Roberto Blach both hail from Spain.

This year’s Junior WRC calendar comprises five challenging rallies on a mixture of surfaces. It gets underway on the snow and ice of Rally Sweden before heading to Croatia, home to some blisteringly-quick asphalt roads.

Gruelling gravel tests in Italy, Estonia and Greece round off the season, with the bonus incentive of double points on offer at the final round.