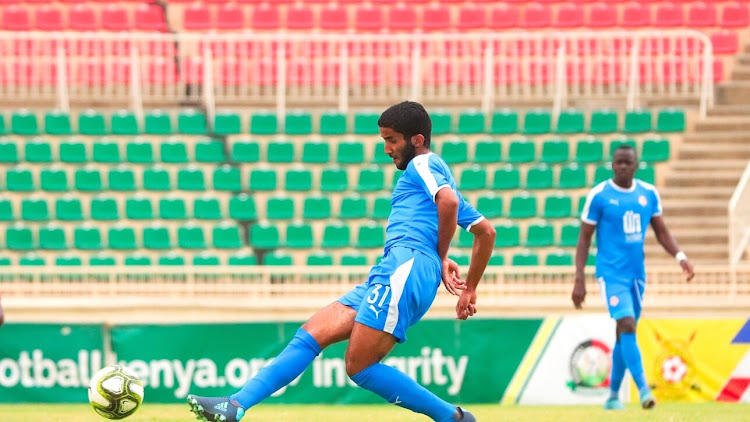 City Stars forward Mohammed Bajaber in action during a past match
Image: HANDOUT

After recording their first win of the season, Nairobi City Stars coach Nicholas Muyoti is hoping his side will build on the win in their upcoming matches.

“We need to build on this performance, our confidence is back. It will be tough against KCB on Wednesday but I am sure we will get a positive result,” said Muyoti.

He added: “It's been a long wait but finally we got three points. It was a tough match against Sofapaka, who are a very good side and beat us twice last season.”

Captain Anthony Kimani said: “It was a great win considering we had gone seven matches without victory, but again it's a great motivation to the whole team that anything is possible. We need to keep on pushing."

During the game, forward Mohammed Bajaber made his first start of the season.

Bajaber, City Stars’ top scorer in the off-season with five goals, sat out of the first eight games of the season due to an injury.

At the same time, registration for the annual FKF Cup set to begin on February 11 has started. Clubs wishing to participate in the tournament have until January 26 to register.

The draw for the round of 64 will be held on February 2 while the action gets underway on February 11.

According to a statement, the quarterfinals are set for April 28 and 29 with the semi-finals fixed for May 20. The finals will be held on June 24.