The games will run from January 15 to 21

•The team’s head coach Fred Onundu said they are hoping to reclaim the title they last won in 2016 in Kiambu County. 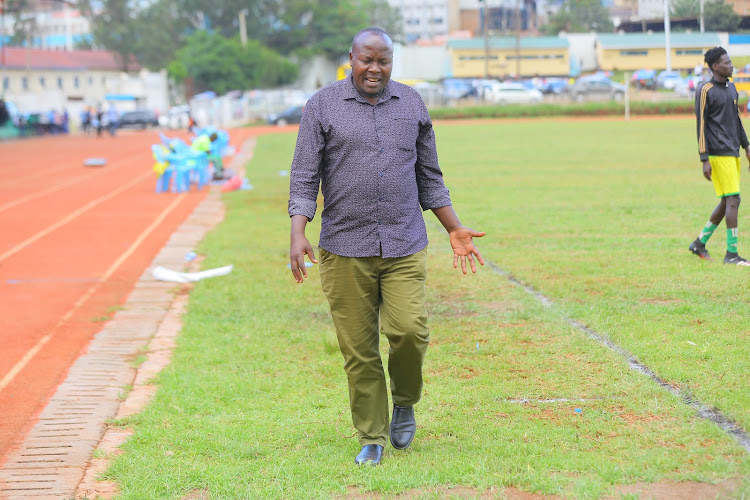 Kisii County’s soccer team has vowed to reclaim the football title during the ninth edition of the Kenya Inter-County Sports and Cultural Association (Kicosca) set to start on Sunday in Kisumu.

The team’s head coach Fred Onundu said they are hoping to reclaim the title they last won in 2016 in Kiambu County.

“We have played several build-up matches to gauge the team and feel very ready. I know the competition will be very stiff but we are prepared for the tournament,” said Onundu.

He spoke at Gusii Stadium, where the team held their final training session on Thursday before departing to Kisumu for the games that will run from January 15 to 21.

Onundu, who is also Kicosca technical director, added: “The soccer title has eluded us for some time but I feel this is our time,” he noted.

Kisii is in Pool ‘F’ alongside Vihiga and Murang’a counties and will be based at Kisumu National Polytechnic grounds. Embu, Homa Bay, Laikipia and West Pokot are in pool ‘A’ and will play at Jomo Kenyatta International Stadium.

Lion's Club will host Pool ‘B’ teams including Uasin Gishu, Migori and Kilifi while Nairobi, Siaya and County Provident Fund (CPF) will face off in Pool c matches at Kasagam School.

At Moi Stadium, Nyandarua, Nandi and hosts Kisumu will face off in Pool ‘E’ as Kiambu, Meru and Mombasa battle it out in pool ‘G’. Kisumu School will host ‘H’ which comprises Nakuru, Bungoma and Busia counties.

Kisumu will start their campaign for the football title against Nyandarua on Sunday at Jomo Kenyatta International Stadium. A total of 33 counties will gather in Kisumu for the week-long annual bonanza.

Other events include—pool, ajua, golf, table tennis and darts. There will also be a cultural dance and choir competition.