GO FOR THE TROPHY

•Governors Arati and Sakaja separately challenged their teams to observe discipline during the week-long games.

•Sakaja assured the team of his full support and promised them that they will be fully facilitated. 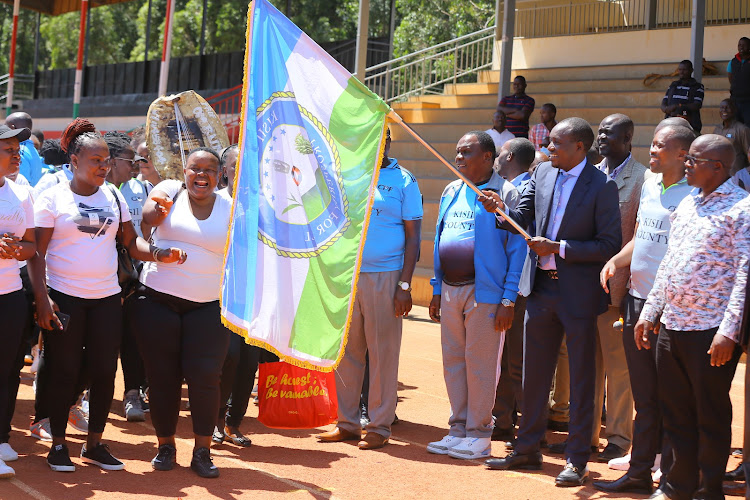 Kisii Governor Simba Arati and his Nairobi counterpart Johnson Sakaja have flagged off their teams for the 9th edition of the Kenya  Inter Counties Sports and Cultural Associations ( KICOSCA) Games starting in Kisumu on Sunday.

Arati and Sakaja separately challenged their teams to observe discipline during the week-long games.

During the flagging off of his team at Gusii Stadium on Friday, Arati promised to give cash rewards to the team that will win titles in Kisumu.

Arati, who was accompanied by his deputy Robert Monda and sports minister Eric Ongeri, said he fully supports sports.

Kisii will field teams in netball, women’s basketball, athletics, football, pool, cultural dance, and tug of war for both men and women.

“I want to congratulate you for being selected to represent Kisii. Carry our flag high and be good ambassadors. I will personally come to Kisumu to cheer you,” said Arati.

He added: “Other than competing, these games give you an opportunity to interact and bond with sportsmen from other counties. ”

Monda said the county is determined to restore the county’s lost glory in athletics. The Deputy Governor announced plans to hold the inaugural Kisii Marathon and Half Marathon events in April and August. The County Provident Fund will kit all the Kisii county teams.

During the flagging off in Nairobi, Governor Sakaja noted that sports is extremely an important economic frontier.  He assured the team of his full support and promised them that they will be fully facilitated. 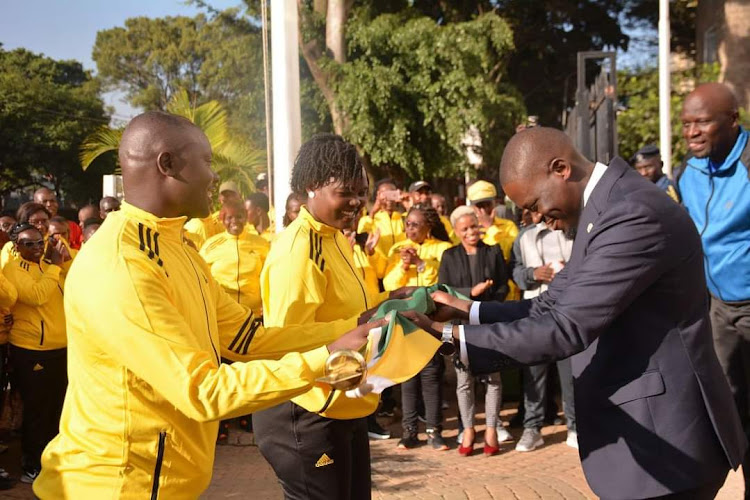 He noted: "I'm very proud of this team and I expect nothing but a win from you. We have always been emerging top and we can’t go beyond the set standards. I promise you a gift upon your victory.

He promised that City Stadium and all other sports facilities in the city will be worked on.

Deputy Governor Njoroge Muchiri said that sports inculcate very good leadership skills and act as a very good training ground for leadership. He wished the team well and encouraged them to do their best.

County Executive in Charge of Talent, Skill Development, and Care sector Brian Mulama assured that the team is well prepared and will be going out for nothing less but victory. 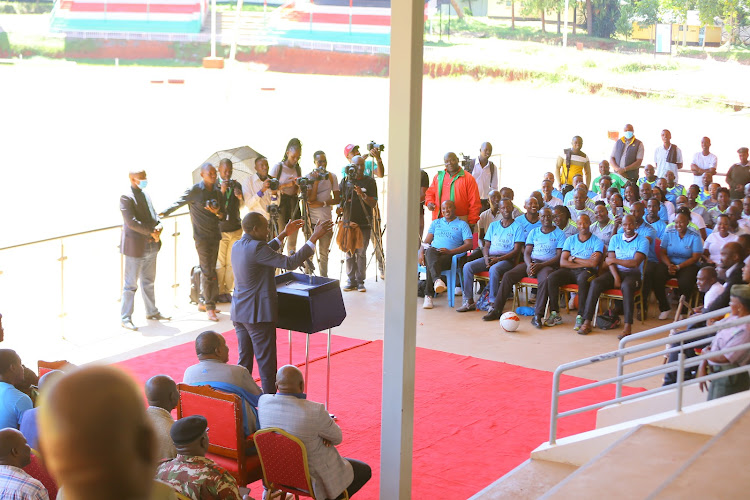