•Daystar will hope to continue with their impressive run on Saturday when they face the University of Eldoret’s Trojans.

•Last weekend, the Trojans succumbed to a 36-13 defeat against Impala Saracens.. 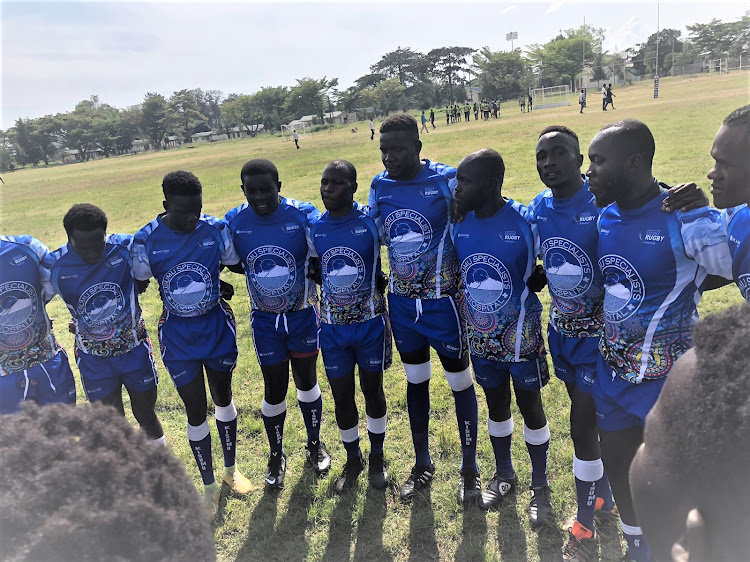 Kisumu RFC players during a recent game. They will seek to bounce back from last weekend's loss against Daystar
Image: ANGWENYI GICHANA

It was the USIU Martials’ first win of the season after three consecutive losses for the former Kenya Cup side. Speaking on Thursday, Lagat said the midweek win will motivate players.

“This is a positive way for us to start the year,” added Lagat. Commenting on their weekend fixture against former Kenya Cup side, Kisumu RFC, he said his team will stick to the basics.

“Kisumu are a very good side at the moment. We shall put on a defensive show while using our chances effectively,” noted Lagat.

At the same time, newly promoted Daystar Falcons coach Caleb Bosire says they are taking one game at a time.

Despite moving to second on the log following their 22-13  win over Kisumu RFC at Strathmore University grounds last weekend, Bosire said: “We are taking a game at a time. We still have a long season with seven matches remaining before the semis. We have to do the hard work first.”

On their surprise win over Kisumu last weekend, Bosire noted: “The boys played well despite trailing 10-3 at the breather. We had to play better in the second half and bring our A game.”

Daystar will hope to continue with their impressive run on Saturday when they face the University of Eldoret’s Trojans. Last weekend, the Trojans succumbed to a 36-13 defeat against Impala Saracens.

Runaway leaders Nondescripts will be away in Eldoret to face Eldoret RFC as they seek to continue with their unbeaten campaign while fourth-placed Kabarak University will host Impala Saracens.