•Njoroge is among 33 referees, 55 assistant referees, and 19 video match officials (VMOs) selected by the football governing body, Fifa to officiate the tournament.

•She was also picked to officiate at the playoff tournament for the Fifa Women’s World Cup 2023, in New Zealand. 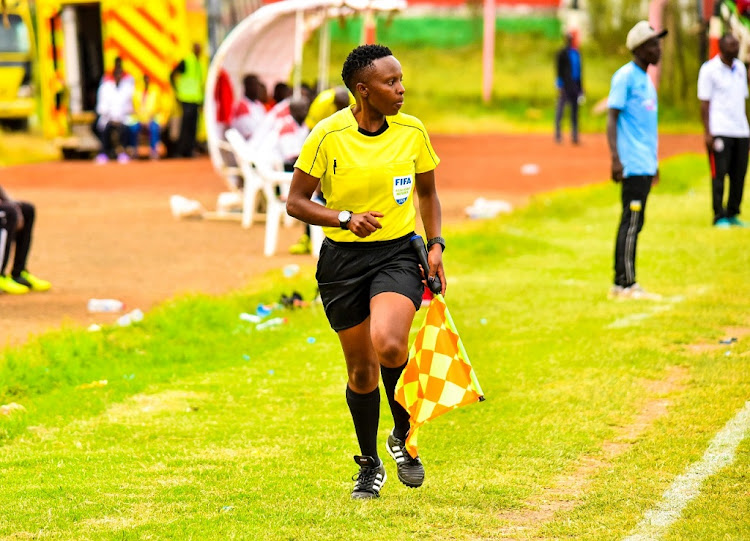 Kenyan referee Mary Njoroge in action during a past match
Image: HANDOUT

Kenyan referee Mary Njoroge has termed her selection to officiate at the 2023 Fifa Women’s World Cup as a dream come true.

The event will be co-hosted by Australia and New Zealand. Njoroge is among 33 referees, 55 assistant referees, and 19 video match officials (VMOs) selected by the football governing body, Fifa to officiate the tournament.  The tournament will run from February 17 and end on February 23, 2023.

“I am happy beyond words. This is a dream come true. I thank God,” she told the Football Kenya Federation website.

FKF chief executive officer, Barry Otieno, said Njoroge was a reflection of the quality of Kenyan officials. “We are happy for Mary. She deserves it. Assignments like this show that we have quality officials in our country, and in our leagues and competitions,” said Otieno.

Previously, she has also officiated the 2019 U-17 Africa Cup of Nations pitting Nigeria and Angola alongside Malawi’s Kwimbira Bernadette, Madagascar’s Lidwine Rakotozafinoro, and Mauritius’s Queency Victoire.

In 2021, she was picked alongside Gilbert Cheruiyot to officiate at the 2020 Fifa men’s and women’s Olympic football tournament.