•With just under 90 minutes remaining until the opening match of the tournament, the ceremony kicked off with Oscar-winning actor Freeman narrating a video about football's ability to unite 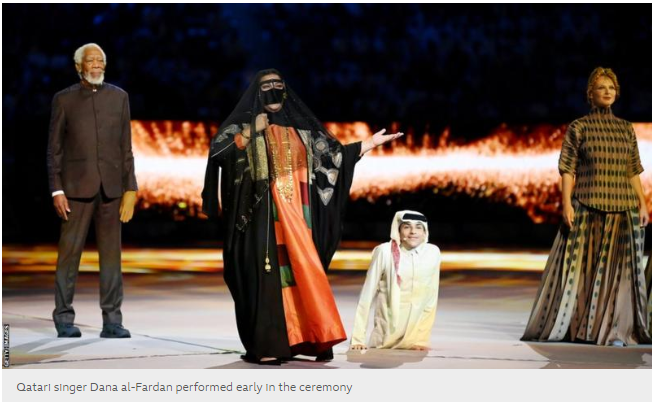 The 2022 World Cup kicked off on Sunday with a visually striking opening ceremony at Al-Bayt Stadium ahead of the tournament's first match between hosts Qatar and Ecuador.

With just under 90 minutes remaining until the opening match of the tournament, the ceremony kicked off with Oscar-winning actor Freeman narrating a video about football's ability to unite.

The build-up to the first World Cup to be held in a Muslim country in the Middle East has been overshadowed by a number of controversies, including deaths of migrant workers and treatment of LGBT people in Qatar. 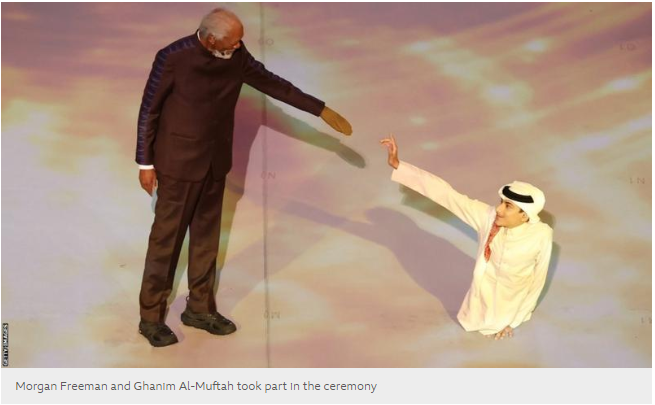 During the first dance routine, Freeman was greeted by cheers as he appeared in the stadium alongside Al Muftah, who was born with the rare Caudal Regression Syndrome.

"Everyone is welcome," Freeman told the crowd.

One of the dance routines featured giant walking kits of the 32 teams competing in the tournament and the mascots of previous World Cups alongside La'eeb, the 2022 mascot.

"People of different races, nationalities, creeds and orientations will gather here in Qatar and around screens on all continents to share the same exciting moments," the emir told the crowd. 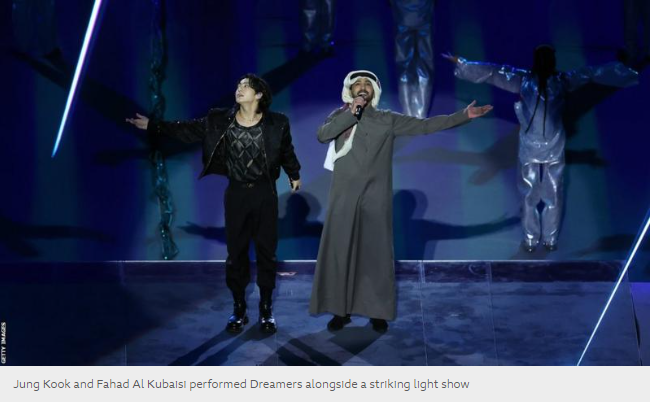 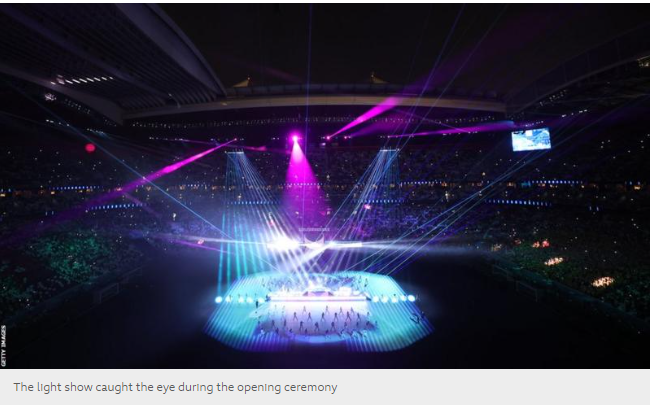 After all the challenges, allegations and doubts this was Qatar's opportunity to welcome the world and present its case to a global audience of billions.

Despite its location plonked in the middle of a barren desert wasteland far away from anywhere, the Al-Bayt stadium does provide a jaw-dropping setting for the opening of the most controversial World Cup in history. 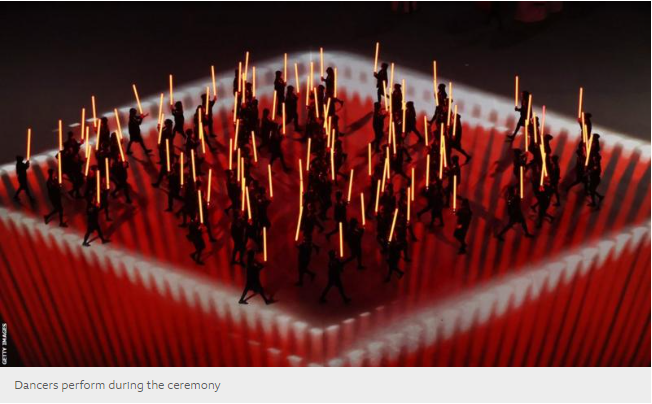 It's easy to see why it was chosen, designed in the shape and colours of a colossal Bedouin tent, home for nomads across the region. It is an architectural gem.

Inside is just as eye-catching. A sea of maroon white with a large dash of yellow behind one of the goals where the Ecuador fans had gathered.

Opening ceremonies can seem an unnecessary distraction before the main event but this seemed different and important. After all that has gone before, the Qataris could not afford to slip up. 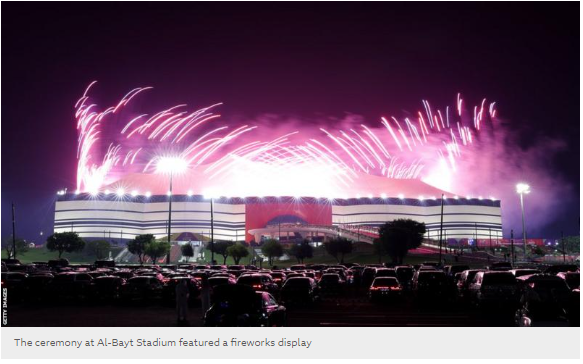 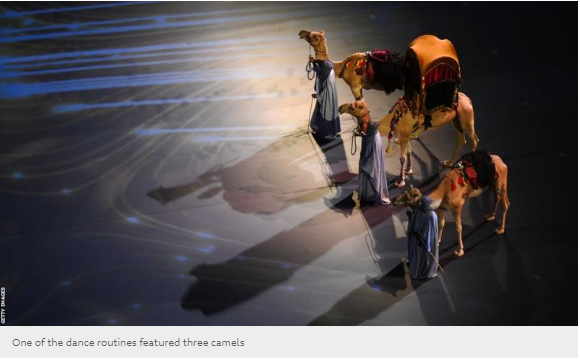 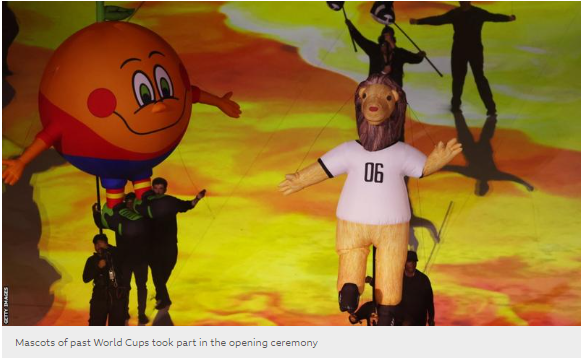 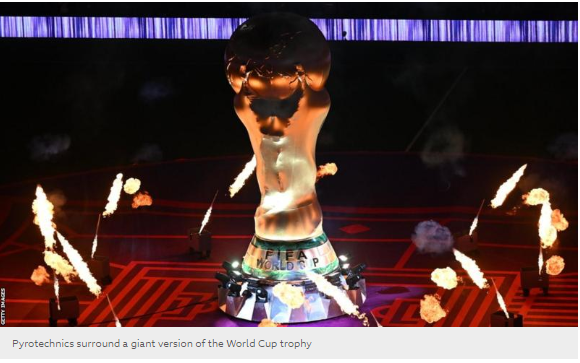 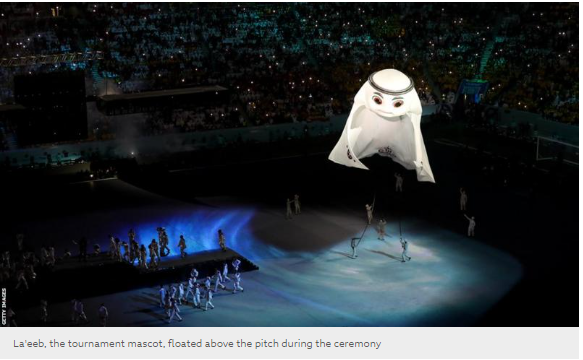