The US have won the past eight editions of the Ryder Cup-style event against a team comprised of players from the rest of the world outside Europe. 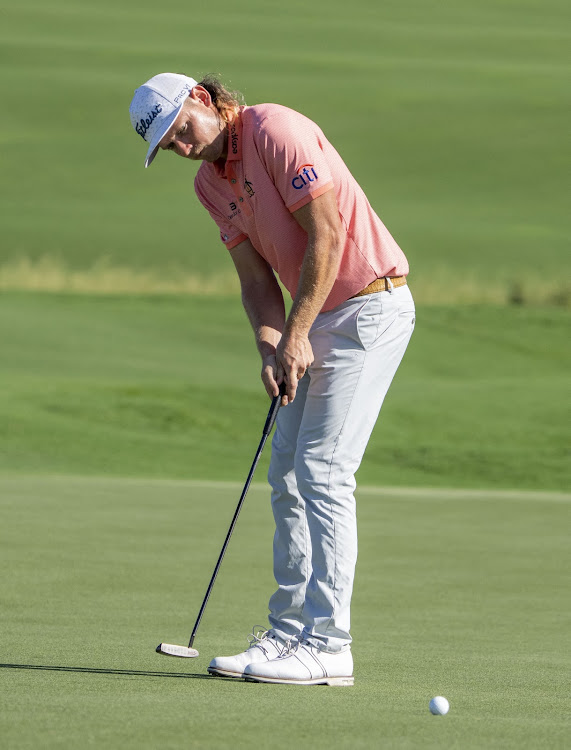 Cameron Smith putts during a past race
Image: FILE

United States captain Davis Love III insisted there was “still a long way to go” after his team opened a 4-1 lead over the International team on day one of the Presidents Cup at Quail Hollow.

The US have won the past eight editions of the Ryder Cup-style event against a team comprised of players from the rest of the world outside Europe.

A total of 15½ points are needed to win the trophy.

“Nobody here expects us to win. We’re up against maybe the strongest American team ever assembled on paper. We’ve got our work cut out for us, but we’ll keep going until they ring the bell.”

Both teams have lost players to the controversial LIV Golf circuit. The Americans are without Dustin Johnson, who won all five of his matches in last year’s record-breaking Ryder Cup victory over Europe at Whistling Straits.

But Immelman’s side has arguably felt the pain more with players such as Open champion and world number three Cameron Smith of Australia unable to play and the team has eight debutants.

South African Immelman put two of his more experienced players out first in the alternate shot foursomes, but Australia’s Adam Scott and Japan’s Hideki Matsuyama were thumped 6&5 by Patrick Cantlay and Xander Schauffele in a match that set the tone for the day.

However, Kim and Davis won the final four holes to win 2UP.

In the final match, Tony Finau and Max Homa parred the 18th to narrowly defeat Mito Pereira of Chile and Taylor Pendrith of Canada 1UP.

“We had some matches where we were rolling and the guys played great, and then some matches like this one with Tony and Max that they ground it out,” said Love III.

The US have won 11 of the previous 13 editions, with the International team winning one, with one match tied.

Friday’s format will switch to five fourballs matches, with four fourball and four foursomes matches to follow on Saturday and 12 singles matches on Sunday.