•Bianchi said the East Africa School Games were valuable preparations for the regional event that will also be held in Tanzania. 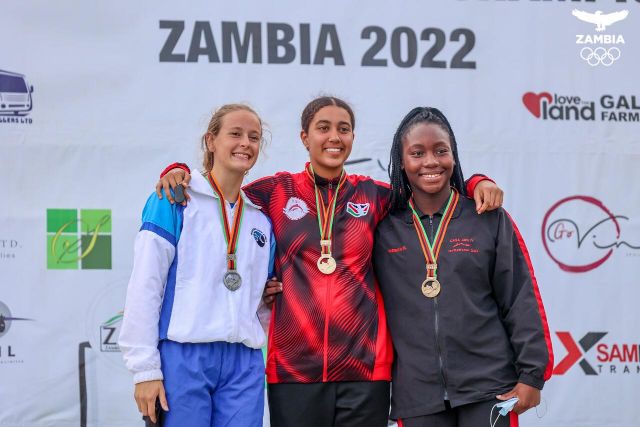 Fresh from winning three gold medals in swimming at the East Africa Secondary School Games in Arusha, Maria Bianchi has now set her sights on the CANA Zone 3 Championships set for November in Tanzania.

Bianchi said the East Africa School Games were valuable preparations for the regional event that will also be held in Tanzania.

The Mombasa-based swimmer, who is attached to the Blue Ocean club, won seven gold medals at last year CANA 's show in Uganda. She said she is currently in top form and believes she can swim even faster at this year's event.

“I'm in good form at the moment and I believe I can improve on my times and even win 10 gold medals. It's a possibility at the event,” she added.

Bianchi  was in a class of her won winning the 200m individual medley event in 2:37.00 with Abigail Mwangale settling for silver in 2:45.00 and  Erica Wangechi completing the Kenyan clean sweep in 2:45.06

She ruled the roost in the girls' 50m butterfly by posting 31.20 with Uganda's Karla Mugisha coming home second in 32.82. Another Kenyan Resse Gore was third in 34.36

For her exploits, she bagged the best swimmers award after garnering  60 points at the games. Kenya won the overall team title after bagging 1098 points with Uganda coming a close second in 1076 points. Tanzania were a distant third with 732 points.

Hart will have Masinde Johari for company in the boys category with Bianca Jamal and Lubaina Ali entered in the girls category. Abdulmalik Abdulkarim ...
Sports
1 month ago