Team chemistry could be a problem for the Jaguars after being out of action for more than three months.

•The Kakamega-based side host Strathmore Gladiators on Saturday and have a date with on-form Butali Warriors on October 1 at the City Park Stadium. 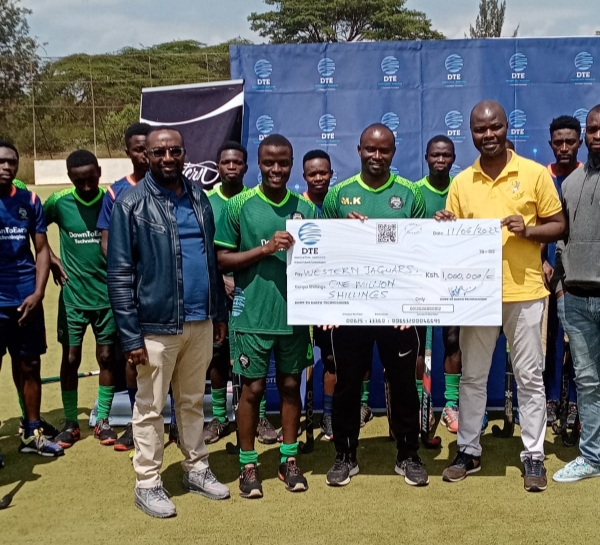 A game in hand will count for nothing if Western Jaguars fail to pick maximum points, coach Mike Malungu has warned his charges amidst a grueling schedule.

The Kakamega-based side host Strathmore Gladiators on Saturday and have a date with on-form Butali Warriors on October 1 at the City Park Stadium.

Victory in both matches will enable the Jaguars to climb to third in the 10-team league and resurrect their title hopes. The team is tied on 13 points with Gladiators to sit sixth on the standings.

"The agenda is to win our matches at all costs. We have to make every match count because the idea is to be up there with the best teams," Malungu presumed.

Team chemistry could be a problem for the Jaguars after being out of action for more than three months.

"Three months without playing is no joke. The challenge has been getting players back to their competitive levels. We are crossing our fingers that the few friendlies we have played will come in handy. It's hard to train in Kakamega as opposed to teams in Nairobi," he said.

Malungu further highlighted the need to maintain momentum after starting the season poorly. "We won a couple of matches before the break and there's a need to pick up from where we left."

Jaguars are one of the most exciting teams in the league alongside Wazalendo and Strathmore. Malungu feels it's time for the enterprising side to finally show their mettle even as they continue trusting the rebuilding process.

"In 2019, it was over-ambitious to fight for the title because we had a fairly younger team. Three years down the line, the boys have come of age and I believe they have what it takes to challenge for the title."

Defender Charles Shiundu is suspended for the Gladiators tie after accumulating cards for petty offenses, according to Malungu. Some players have also missed matches this season over the same.

"Suspension is a problem we are facing this season. Inexperience is partly to blame for the player's punishment. It's about the growth process because if they were experienced,  they wouldn't pick the cards."

Jaguars slay Greensharks to end first leg on a high

The Kakamega side came from behind to earn maximum points courtesy of goals from Sheldon Kimtai and Bethwel Masmbu.
Sports
2 months ago

Mashujaa back to basics after unconvincing first leg in KHU league

Butali have 23 points—one ahead of the Police, who are on 22.
Sports
3 months ago

The women's top-tier league took a break as the national team continued with Commonwealth Games preparations.
Sports
3 months ago
Post a comment
WATCH: The latest videos from the Star
by EVANS OUSURU
Sports
22 September 2022 - 05:00
Read The E-Paper