•Last season, Catholic Monks and the University of Nairobi’s  Mean Machine were promoted to Kenya Cup. 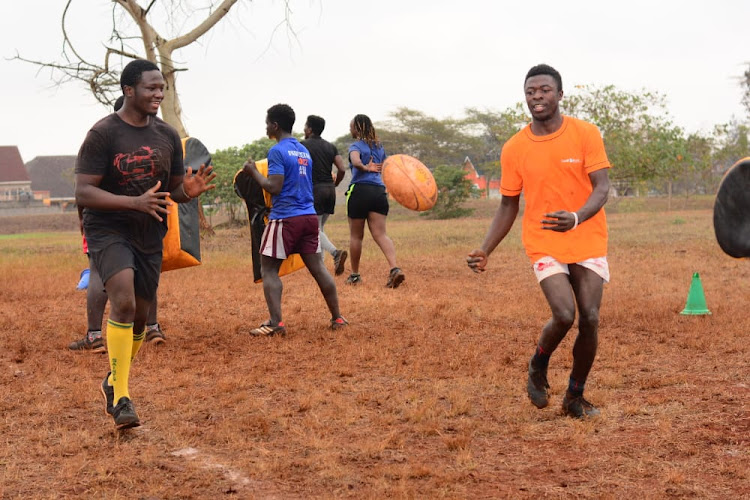 “The game gave us a clear manifestation of what we need to focus on;  which is the link between backs and forwards,” said Lagat.

He added: “We dominated physical contact in open play and scrums which won us the game. We are considering playing more friendly games as we prepare for Impala Floodlits and the league.”

Lagat has already beefed up the squad by signing six players. They include Charles Kuka from Mwamba, Faustine Waswa (Maseno School), Samuel Koliech (Makueni), Baron Omondi (Shamas Foundation) while Do Ochieng is back to the USIU fold after one season at Shamas Foundation.

“We are gearing up for the new season and our target is to reach the playoff,” Lagat noted. USIU-Africa, popularly known as Martials, will be hoping to make it back to Kenya Cup having been relegated in the 2002 season.

However, they face an arduous task in their promotion battle as they face among other teams the relegated Kenya Harlequins and Nondies who will also be seeking a quick return to the top tier league.

Last season, Catholic Monks and the University of Nairobi’s  Mean Machine were promoted to Kenya Cup.