Coach tips youngsters to take Malika queens to another level

Moura was seconded to the Kenya team by the FIVB and has overseen the training in both Brazil and Serbia.

• We can see from the friendly matches in Serbia that the team is showing a different volleyball from what Kenyans are used to-Moura.

• Malkia rounded off their Serbia tour with a resounding 3-0 win over Serbia 'B' on Sunday. 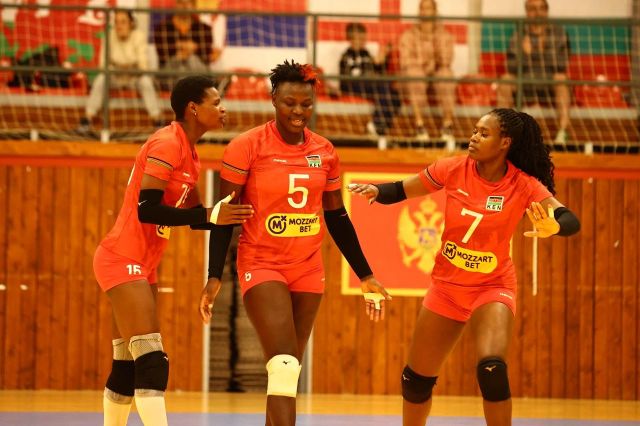 Malkia Strikers need to invest in youngsters if the country is to compete with world volleyball giants, Brazilian gaffer Luizomar de Moura has said.

Moura was seconded to the Kenya team by the FIVB and has overseen the training in both Brazil and Serbia.

The South American has been impressed by the performance of juniors but believes there's still a long way to go for Kenya to dine with the big girls.

"We can see from the friendly matches in Serbia that the team is showing a different volleyball from what Kenyans are used to.

"We have a young team with some players who will be getting their first cap at the World Championship.

"We need to build on their experience at this level as we strive to build a new legacy for Kenyan volleyball," Moura said.

The much-traveled coach has been on the touchline since 1995 and boasts 27 years of experience. He has spent more than a decade with Osasco Volleyball Club after joining them in 2006.

While outlining the lessons picked from the Belgrade camp as well as expectations ahead of the 19th edition of the global showpiece, Moura said this is Kenya's chance to build a new legacy on the world stage.

"From the two matches we have played, I am impressed with the performance but we still have a long journey ahead of us," he noted.

"It will be a tough challenge playing in the World Championships.

"We have to, however, acknowledge that the team has improved massively despite there being areas that still need improvement.

“This commitment from the player, bench and volleyball community in Kenya to see the team get better is important.

"I am expecting to see the team fighting in the Netherlands to achieve set goals and show a new Kenyan volleyball spirit," offered Moura.

Malkia rounded off their Serbia tour with a resounding 3-0 win over Serbia 'B' on Sunday. Moura was impressed with the commitment of the players.

“There are some specific points that we need to address concerning the two matches we played in Serbia.

"However, the biggest difference between the Red Star match and Sunday's game is that we made fewer mistakes and that translated into a way better performance. This gives us confidence going into the competition."

The tactician maintained that calling for timeouts almost immediately after the players made a costly mistake, in the Serbian B match, had nothing to do with an emotional response but rather a tactical move to help the team.

Sought after Chepchumba in no hurry to decide professional future

The 23-year old Kenya Commercial Bank attacker is courted by clubs in Brazil, Greece, Korea, Egypt and Turkey with her stock expected to rise after ...
Sports
3 months ago

Kenya Pipeline middle blocker Trizah Atuka misses out and so does Faith Imodia who plays for Kenya Commercial Bank.
Sports
3 months ago

Uncertainty surrounds Malkia's trip to Brazil with the government remaining non-committal on facilitating the team's travel logistics.
Sports
3 months ago
Post a comment
WATCH: The latest videos from the Star
by EVANS OUSURU
Sports
21 September 2022 - 05:00
Read The E-Paper