• Unlike in the past where Kenya's preparations were shambolic, Malkia have had plenty of time to put their act together in what Bitok termed as a golden chance to finally write off Malkia's past wrongs. 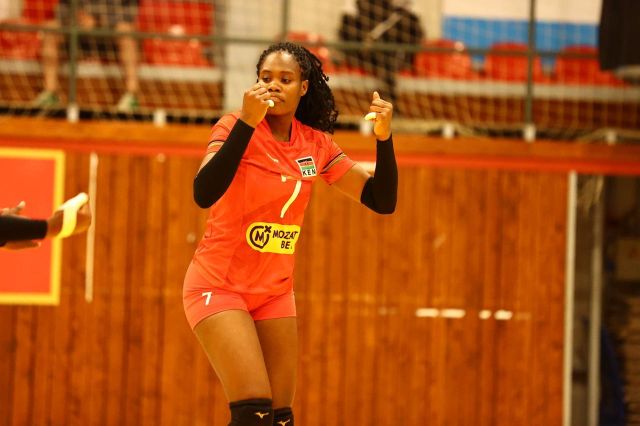 Malkia Strikers are hoping to run over Cameroon and Puerto Rico to realize their target of reaching the second round of the 2022  FIVB Women's World Championships starting Friday.

Coach Paul Bitok said the players are in high spirits after ending their three-month tour of Brazil and Serbia with victory over Serbia 'B' in Belgrade on Sunday, and they are eager to get started.

"Realistically, we can beat both Puerto Rico and Cameroon despite them being ranked ahead of us. Considering the past years, we are in a fair group and our chances to move forward are high," an optimistic Bitok pointed out.

Kenyans are in the same group as Italy (third), Netherlands (10th), Belgium (12th), Puerto Rico (18th) and Cameroon (25th), who are all ranked above them. Malkia Strikers are 30th on the Fifa ranking.

Bitok, the first Kenyan to play professional volleyball, is banking on experienced players to deliver.

Unlike in the past when Kenya's preparations were shambolic, Malkia have had plenty of time to put their act together in what Bitok termed as a golden chance to finally write off their past wrongs.

"We only have ourselves to blame If we can't progress from the group stage because these are our best-ever preps before a major tournament. The team is a blend of youth and experience and I expect the seniors to be a shining light to the team," the former Rwanda coach exclusively revealed to the star.

He went on: "The two months in Brazil were a learning curve for the players and the more than 12 friendly matches we have played further gives us the reason for optimism."

Bitok, however, thinks Brazilian coach Luizomar de Moura should consider giving a chance to the Kenya Pipeline pair of Gladys Ekaru (middle blocker) and Veronicah Adhiambo (left attacker), who have impressed despite the limited playing time.

"Adhiambo is currently Kenya's leading attacker even though she's inexperienced. Ekaru has also done well and needs to be rewarded."

Malkia are expected in Amsterdam today evening and will participate in the opening ceremony. According to Bitok, they hope to showcase a Kenyan dancing culture during the occasion.

The 14-member playing unit was finally named on Monday ahead of the World Championship co-hosted by the Netherlands and Poland from September 23 to ...
Sports
1 week ago

Malkia, coached by Paul Bitok, begin their quest for glory against hosts the Netherlands on September 23.
Sports
1 week ago
Post a comment
WATCH: The latest videos from the Star
by EVANS OUSURU
Sports
20 September 2022 - 05:00
Read The E-Paper