Malkia, coached by Paul Bitok, begin their quest for glory against hosts the Netherlands on September 23.

• Malkia left for Serbia on Wednesday after a two-month High-Performance training in the South American country.

• Kilabat promised not to let KDF down being the only player to make the cut from the defenCe forces' team. 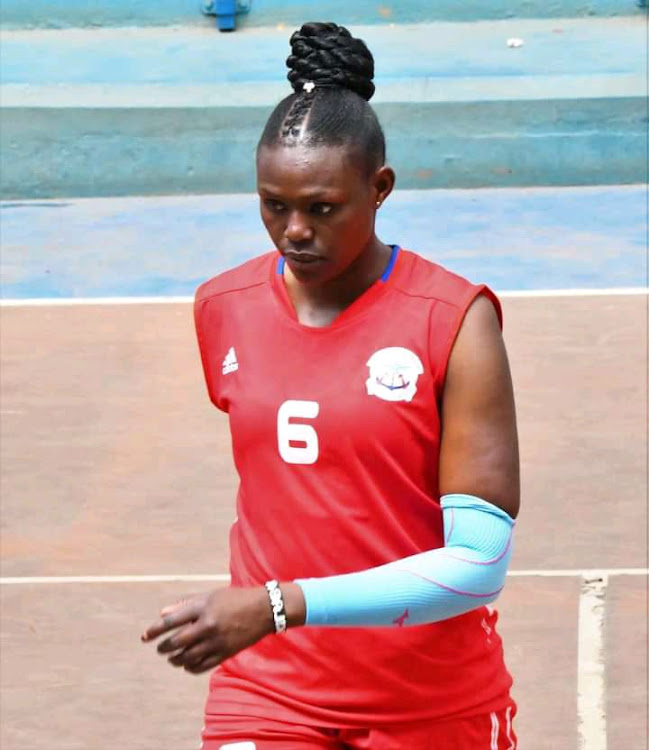 Veronica Kilabat is relishing the challenge of becoming Kenya's number one setter at the World Championships despite a lack of international experience.

Kilabat,26, is the only player in the star-studded Malkia strikers squad without any international experience both at the club and national team.

Fellow setter Emmaculate Nekesa helped KCB win the Africa Women's Volleyball Club Championship in June at only 19  years and the Olympic trialist has been earmarked for a starting role after being preferred in the friendly matches in Brazil.

But after making the final 14-member squad for the world show on Monday, the Kenya Defence Forces' player believes she has what it takes to wrestle for the sole setting slot.

Malkia, coached by Paul Bitok, begin their quest for glory against hosts the Netherlands on September 23.

"I believe in my qualities and thus far, It has been all about hard work, determination, and working on my weaknesses. The World Championship is my major assignment for Malkia but that doesn't mean I can't be trusted with the responsibility," Kilabat observes.

The team is still trying to find a suitable replacement for Jane Wacu, who announced retirement in June after an illustrious 16-year spell.

Malkia left for Serbia on Wednesday after a two-month High-Performance Training in the South American country.

The Kenya Queens week-long stint in Belgrade will see them play two friendly matches with the hosts and Colombia en route to The Netherlands.

"The Brazil training toughened me up. I am not the same player I was when  I boarded the plane from Nairobi more than two months ago.  I have come of age and the focus now is to fight for playing time because that is the only way I can showcase my talent."

Kilabat promised not to let KDF down being the only player to make the cut from the defence forces' team.

Kilabat would have had  libero Veronicah Makokha for company but the diminutive player was dropped alongside KCB's Magdalene Mwende.

"My journey is not for the faint-hearted because I have gone through a lot up to this point. I have had call-ups since 2016 but failed to make the final team. However, that did not dampen my spirit," said the soft-spoken player.

"I have a duty to represent KDF in the best possible manner and that entails not letting them down."

The 14-member playing unit was finally named on Monday ahead of the World Championship co-hosted by the Netherlands and Poland from September 23 to ...
Sports
1 week ago

• The highly-rated youngster is currently in Brazil with Malkia for a two-month high-performance training ahead of the World Championship next month.
Sports
1 month ago
Post a comment
WATCH: The latest videos from the Star
by EVANS OUSURU
Sports
16 September 2022 - 05:00
Read The E-Paper