•Arsenal got a reality check at Old Trafford two weeks ago when they surrendered an early lead to sink 3-1 to the hosts.

•With the two not in action, Arsenal, Tottenham and Manchester City will have a chance of picking maximum points in their respective weekend fixtures. 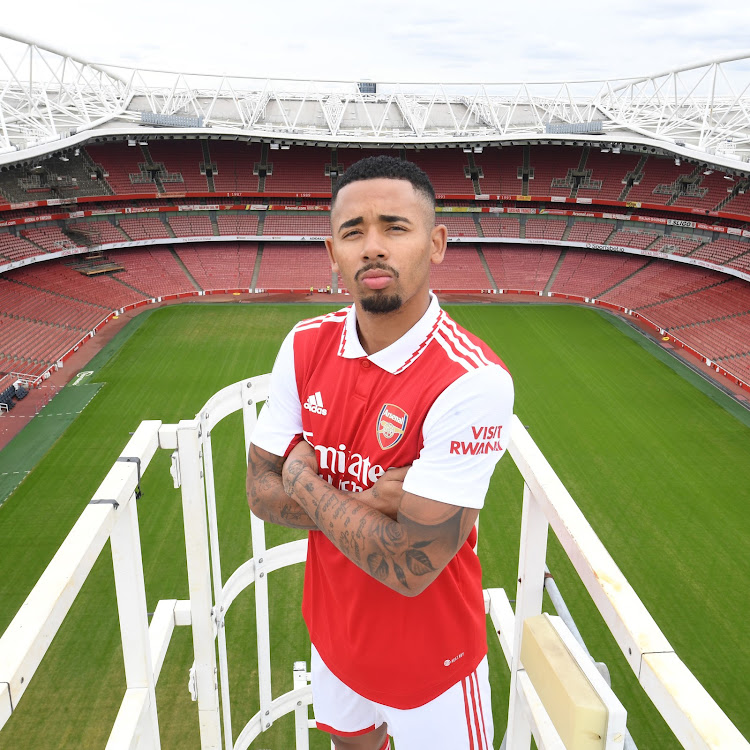 Manchester United and Liverpool have a chance to regroup this weekend after the postponement of their weekend fixtures.

With the two not in action, Arsenal, Tottenham and Manchester City will have a chance of picking maximum points in their respective weekend fixtures.

Arsenal got a reality check at Old Trafford two weeks ago when they fell 3-1 to the hosts, a defeat that served as a reminder that winning the league is not a sprint but a marathon.

Erling Haaland is a man to watch as he is expected to continue banging in goals as long as he’s getting the services from the likes of Joao Cancelo and Riyad Mahrez.

Those in action, however, will know the importance of maximum points ahead of a 10-day international break, the last before the Fifa World Cup in Qatar in November. The action begins on Friday but Sunday matches are the real deal.

Both teams have had a good start to the season and this is expected to be a very interesting fixture if their recent performances is anything to go by. On the opening day last season, the Gunners got a reality check from The Bees when they were stung 2-0 in a lively match at the Gtech Community Stadium. Christian Norgaard and Sergi Canos scored for Brentford.

The home side will, however, be facing a very different kind of Arsenal—currently top of the league and a much-improved side. The Gunners will definitely be chasing maximum points after succumbing to United in their last match.

Gabriel Jesus has had a good start to his Gunners career but has definitely slowed down in the last few matches, something that should trouble him, at least.

Brentford have lost only once this season (2-3 to Fulham) and they are in the form of their lives. A 5-2 thrashing of Leeds United was not just resounding but a warning that they are no longer pushovers in the league.

With Erling Haaland in great form, Wolves should be very careful. At the close of last season, they lost their best center-half ( Connor Coady) to Everton and seem to have gotten over it. They have conceded only three goals in their last five matches which is quite impressive.

The signing of former Chelsea and Atletico Madrid striker Diego Costa should give them more dynamics up front and ease the workload on Ruben Neves. Pep Guardiola must be scratching his head and asking himself ‘how do I stop Diego’.

John Stone’s goal against Dortmund in the Champions League on Wednesday night reminded me of Vincent Kompany’s goal against Leicester City in 2018, a thunderbolt that denied Liverpool a Premier League title. Will he repeat the same against a low-lying Wolves side?

A dramatic 2-0 loss to Sporting CP at the Jose Alvade Stadium on Tuesday night just confirmed that Spurs are not ready to challenge for the Champions League yet.

Antonio Conte’s Spurs were on a roll before the halt in Lisbon and they should actually be assured of a win over Brendan Rodgers’ Leicester City side that has lost all of their last four Premier League matches.

I tip Richarlison to be on the score sheet, and Heung-min Son and Harry Kane to also confirm their status after 90 minutes of play.

Liverpool and Chelsea to struggle, City to dominate Spurs

Four months on after the Champions League final defeat to Real Madrid, the Reds are yet to recover.
Sports
2 weeks ago

This weekend, Arsenal, Manchester United, Liverpool and Manchester City will all win their games.
Sports
1 month ago

Crystal Palace host Arsenal on August 5 and this is not just a match but a London derby.
Sports
3 months ago
Post a comment
WATCH: The latest videos from the Star
by BY GREGORY MULEMI
Sports
16 September 2022 - 00:00
Read The E-Paper