Gaspo upbeat after beefing up midfield

•The Kiambu county-based team have bolstered their midfielder with the recruitment of Nuru Hadima, Anne Arusi, Jane Ngara and Diana Cherotich. 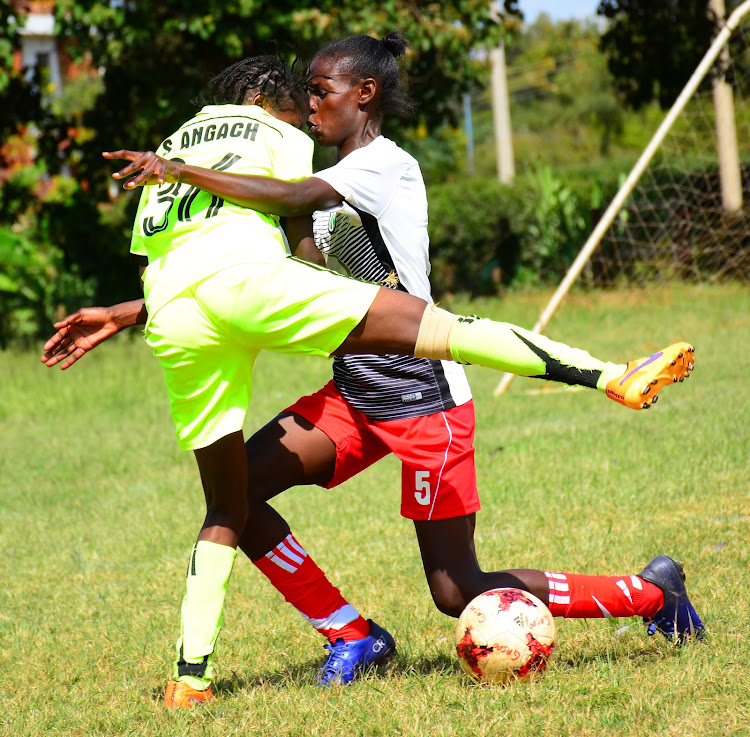 Pauline Akinyi of Kibera vies for the ball with Gaspo's Sheryl Angachi in a past WPL duel.
Image: /FILE

Gaspo women's team hope to cause ripples in the 2022-23 season after beefing up the midfield with four new signings.

The Kiambu county-based team have bolstered their midfielder with the recruitment of Nuru Hadima, Anne Arusi, Jane Ngara and Diana Cherotich.

Airo and Angachi helped the soldiers to a second-place finish last season. Aquino was named Most Valuable Player after guiding Simba to qualify for the CAF Women's Champions League following victory in the second edition of the Cecafa club qualifiers on home soil last month.

Midfield has been a problem area for Gaspo who are still waiting for their first title in seven years if Githua is to be believed.

"We are good to go after a busy summer. The midfield has been our Achilles heel and we have worked around the clock to get quality players on board," Githua stated.

"Gaspo has never controlled the midfield in the league and that is maybe the reason we have not won the league. Neither Aquino nor Angachi really bossed the midfield. For me, we have never replaced Florence Awino."

Gaspo will play returnees Kibera Soccer in the season-opener on September 24. The team has played many friendly matches as part of their preparations for the new season.

Kilifi side to embark on mass recruitment after sealing WPL return

MTG on Sunday sealed promotion to the top-flight league after a 2-1 win over Gideon Starlets FC in the playoffs at the Nakuru Showground.
Sports
1 month ago

Mwanza believes all his players have what it takes to deliver on the field and has no intention of offloading any or making new signings.
Sports
2 months ago

Aquino's maiden appearance, however, got off to torrid start after they crashed 1-0 to Fountain Gate Princess in a charity match held at the Benjamin ...
Sports
2 months ago
Post a comment
WATCH: The latest videos from the Star
by EVANS OUSURU
Sports
15 September 2022 - 05:00
Read The E-Paper