• Malkia are scheduled to be in Belgrade Serbia on September 14th. The week-long stay in Serbia will see Malkia play friendly matches with the hosts and Colombia.

• Malkia have experienced visa delays but the issue was resolved on Thursday. 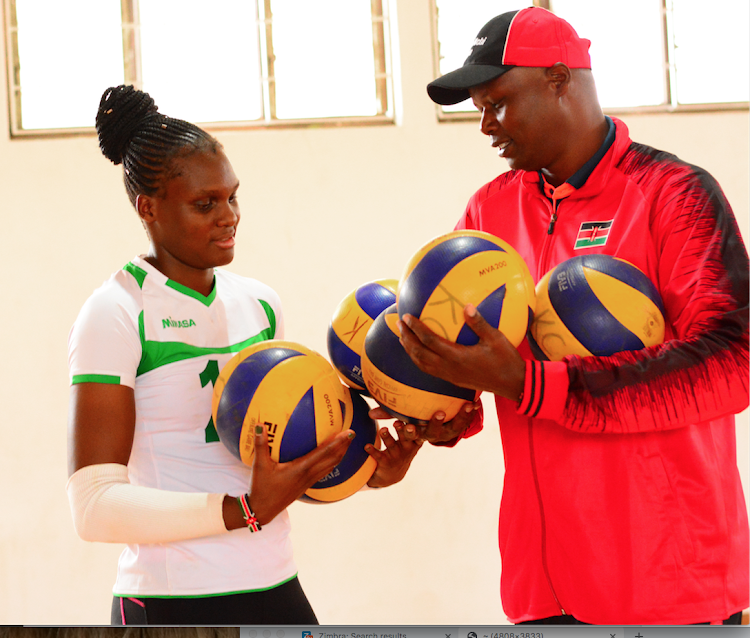 Malkia Strikers want the government to settle their pending bills to enable them to focus on the World Championships.

The global show will be co-hosted by Poland and Netherlands from September 23 to October 15.

The Paul Bitok-led Malkia Strikers have been training in Osasco, Brazil for the last two months courtesy of FIVB and other stakeholders including the Kenya Volleyball Federation (KVF), National Olympic Committee of Kenya and Mozzeart Bet.

"We are still struggling with several issues and the government is yet to come to our rescue. We, therefore, request the Ministry of Sports to honour the pending allowances and bills to enable the team to focus on training," pleaded Bitok.

"There's a remarkable improvement with the High-Performance Training. After 10 friendly matches, Malkia won three and lost seven—a fair result to be honest. We still have two more friendly matches before heading to Serbia," said Bitok.

Malkia Strikers are expected in Belgrade, Serbia on September 14th. The week-long stay in Serbia will see them play friendly matches against the hosts and Colombia before heading to the Netherlands on September 20th.

He said Malkia had experienced visa delays but the issue was resolved on Thursday. The Mercy Moim-captained side failed to return to Nairobi on September 5 as earlier planned due to underlying issues.

Malkia are set to entertain the Netherlands, Italy, Cameroon, Puerto Rico and Belgium in Group A, dubbed pool of death.

If the team fail to sail to the second round, they will be expected to jet back home on October 2.  Malkia will be aiming for their second-ever victory on the world stage after outclassing Kazakhstan in straight sets in 2018.

Meanwhile, the team also took the opportunity to congratulate presidential-elect H.E William Ruto who they hope will support the team.

"He hosted the team when they won the Grand Prix. We strongly believe his government will sponsor Malkia in all the forthcoming competitions and we wish him well," said Bitok.

• The highly-rated youngster is currently in Brazil with Malkia for a two-month high-performance training ahead of the World Championship next month.
Sports
3 months ago

Talent centres the answer to challenges in Kenyan volleyball — Makokha

Makokha, 24, is part of the national women’s team in a two-month high-performance training camp in Brazil in readiness for the World Championships.
Sports
3 months ago
Post a comment
by EVANS OUSURU
Sports
10 September 2022 - 05:00
Read The E-Paper