Kwanthanze, Soweto off to a flying start in KSSSA volleyball games 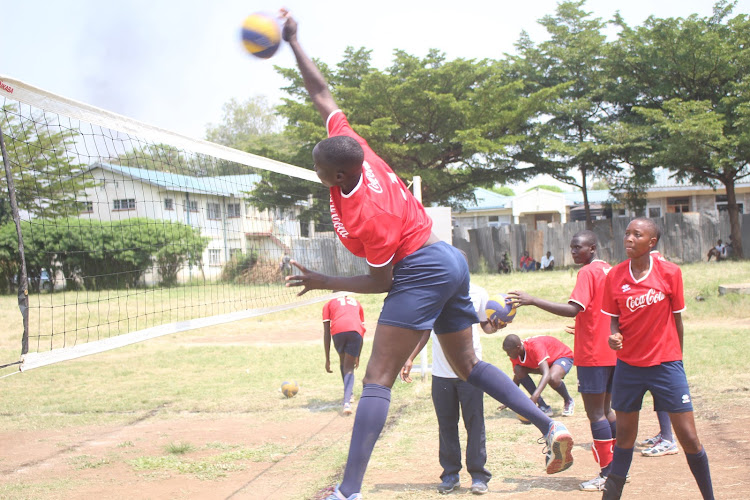 The Machakos-based institution made light work of the newbies, scalping their naive opponents in sets of 25-12, 25-17, 25-21 to give the Justine Kigwari-tutored Kwanthanze three points.

Nairobi region representative Soweto delivered a composed and unflinching performance in typical champions' style. They beat Viambani from coast 3-0  with sets of 25-15, 25-12, and 25-14 to silence the minnows.

Elsewhere, Kesogon humiliated Karima by the same set margin (25-5, 25-5, 25-6). The game was reduced to a training session for Kesogon who are looking forward to dethroning Kwanthanze from the title.

Nyanza's Nyakongo slayed Amin from North Eastern in sets of 25-13, 25-13, and 25-14. Nyakongo are also making a maiden appearance at the nationals. Former Champions Cheptil came from a set down to see off Namwela 3-1 in the boys' category.

History-making Namwela who qualified for the nationals for the first time ever, took a surprise lead as they pocketed the first set 25-21. Despite the early setback, Cheptil bagged the subsequent sets 25-21, 25-22, and 25-22. The four-day competition ends on Monday.

Kenyan schools from eight regions have converged in Nakuru to pick representatives for the Federation of East Africa Schools Sports / Games.
Sports
2 months ago

Gerald Juma (Mbooni) and Fernwick Opili (Hospital Hill) said engagement against top clubs in the Kenya Handball Federation league has made them ...
Sports
2 months ago
Post a comment
by EVANS OUSURU
Sports
10 September 2022 - 05:00
Read The E-Paper