•Following the win, Kisumu Day finished top of the group with six points while Kabarnet tied on four points with Serani but the former qualified to the semis due to a superior goal difference.

•Kisumu Day will now square it out with Nairobi’s Highway while high-flying Ebwali from Western will be up against debutants and giant killers Kabarnet Boys. 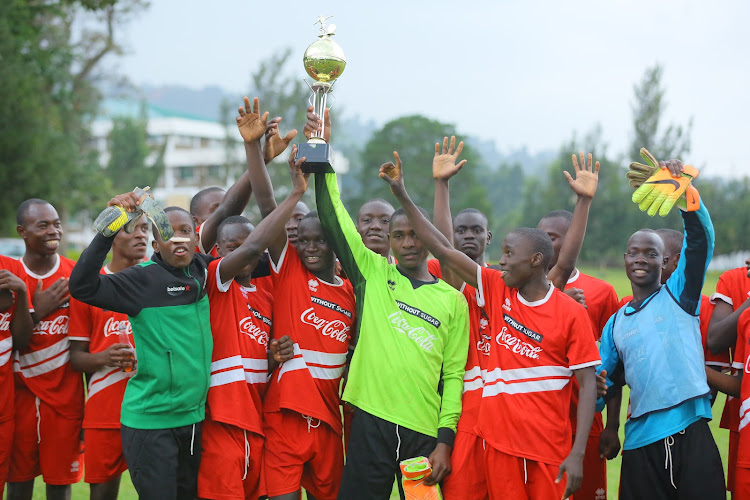 Veron Okeyo scored a brace with Duncan Odhiambo, Glen Masava, Emmanuel Oluoch and Tyson Ouma scoring a goal apiece in the one-sided game. In the other match of the day, Kabarnet and Serani played to a 1-1 draw.

Following the win, Kisumu Day finished top of the group with six points while Kabarnet and Serani tied on four points but former qualified to the semis due to a superior goal difference.

Ebwali maintained their 100 percent record after seeing off Nairobi’s Highway 3-1 to seal a place in the last four. Highway too qualified for the last four.

Kisumu Day will now square it out with Nairobi’s Highway while high-flying Ebwali from Western will be up against debutants and giant killers Kabarnet Boys.

Speaking ahead of Sunday’s semis, Booker Odhiambo the Kisumu Day games master said: “Highway are a very good team and that is why they made it to semis. However, we are ready for them. Our target is to play in the final.”

Former champions Wiyeta will be out to reclaim the girls' soccer title when they face unpredictable Itigo as Dagoretti Mixed entertain newcomers Mwira in the other semi.

In girls' hockey, Nyanza champions Nyamira will lock horns with Tachasis from Rift Valley. Nyamira start favourites having won all their group matches.

They began their campaign with a 2-1 win over Trans Nzoia Mixed before thrashing Matuga 5-1. In the last group match, Nyamira walloped Karima 6-0. 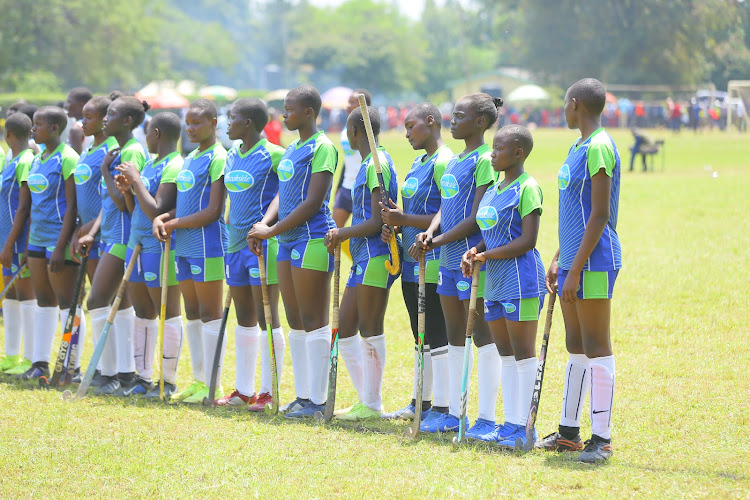 In the second semi-final, defending champions St Cecilia Misikhu will play Trans Nzoia Mixed. In the boys' category Friends School Kamusinga will face off with St George's while Chewoyet will play St Anthony’s Kitale in the other semi.

In girls’ volleyball, defending champions Kwanthanze will battle it out with debutants Nyakongo from Siaya County with Kesogon playing Mwitoti from Western region.

In the boys volleyball, Cheptil will be up against Ruthumitu while debutants St Joseph’s Kisumu will face off with Namwela from Western.

Debutants Ototo School booked a place in the semis after beating St Joseph’s 67-23 and will play favourites Kaya Tiwi in the semi-final while Tigoi will face off with Olympic.

In rugby 7’s, newbies Koyonzo will play Alliance High School in the quarter finals after winning all their group matches. Debutants Nduru Boys avenged their loss against St. Mary’s Yala in the Nyanza region finals by beating the Siaya County team 22-12. Nduru thrashed Mazeras 54-0 in another match to sail to the last eight. 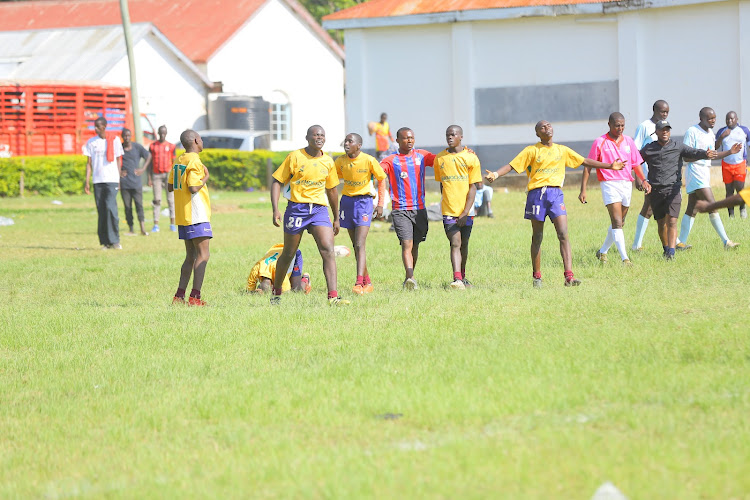 In biys' handball, Kimito will play Kimilili as favourites Hospital Hill face newcomers Manyatta from Migori. In the girls’ category, Kamusinga will square it out with newbies Kakrao while St Joseph’s and Simisi will battle it out.

In netball, Kobala will face off Kimoson as Bumala will battle Kaya Tiwi from Coast region.