Nimji dominated the match from the start and made light work of his opponent, winning 11-2 in all three sets.

•Muqtadir will face Uganda's Paul Kadoma at 10:15 while Khaaliqa will face Mary Fung-A-Fat from Guyana at 8 pm at Birmingham University

•In the 2014 Commonwealth Games in Glasgow, Khaaliqa was knocked out of Round of 32 by Nikki Todd from Canada. 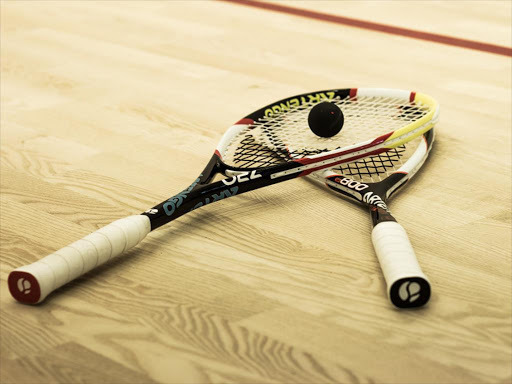 Muqtadir Nimji beat Luca Reich of the Virgin Islands 3-0 to advance to the quarterfinals of the squash category at the Commonwealth Games in Birmingham.

Nimji dominated the match from the start and made light work of his opponent, winning 11-2 in all three sets.

Khaaliqa Sadruddin Nimji qualified after earning a walkover over Emma  Keane from Bermuda. Khaliqa is the youngest athlete to have represented Kenya at a multi-sport event, at the age of 12, in the Delhi 2010 Commonwealth Games.

The win saw Nimji siblings proceed to the singles quarter-finals, where Muqtadir will face Uganda's Paul Kadoma at 10:15 pm while Khaaliqa will face Mary Fung-A-Fat from Guyana at 8 pm at Birmingham University. The winners will proceed to the semi-finals.

The development comes amid widespread allegations of favouritism in the selection process that have rocked the country in the recent past.
Sports
6 months ago

Nimji dominated the match from the start and made light work of his opponent, winning 11-2 in all three sets.
Sports
2 weeks ago

With no other countries outside Australia making a bid, Victoria was granted an exclusive negotiating period to secure the Games in February.
Sports
4 months ago

Squash back to the drawing board after Parklands Open

The tournament attracted a competitive field of athletes with players from Nigeria and Zambia being part of the competition.
Sports
5 months ago

Back to drawing board after disastrous display

With the Commonwealth Games in Gold Coast having concluded yesterday, there are few lessons that Team Kenya must take with them back home. Kenya ...
Sports
4 years ago

Kenya Squash & Racquets Association have moved to court seeking to lift an order requiring them to carry out repeat selection of representatives at ...
Sports
4 years ago

National Olympic Committee of Kenya intends to increase the number of participants to the 2012 Commonwealth Games in Glasgow, Scotland in a bid to ...
Sports
8 years ago
by ALVIN KAUSAI
Sports
02 August 2022 - 00:00
Read The E-Paper