The quartet made history after gliding to the finals of the 4×100 metres relay.

•Bouyed by the heights they attained, veteran swimmer Emily Muteti said she would immerse herself fully into preparations ahead of the forthcoming Olympic games, adding she has experienced an incredible season.

•Muteti tipped Kenyan swimmers to sparkle on the global stage in the future, saying their performance in Birmingham attested to the country's potential. 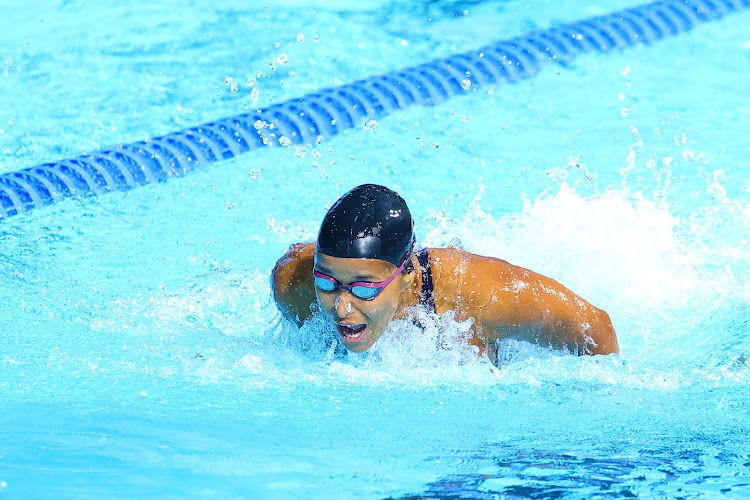 Kenyan swimmers were over the moon, following their landmark achievement at the Birmingham 2022 Commonwealth Games where they set history after romping into the mixed 4×100 metres relay.

The quartet of Emily Muteti, Ridhwan Bwana, Imala Bella Thorpe, and Maina Monyo glided to a 3:45.36 finish, behind Singapore in the opening heat that featured three teams.

Buoyed by the heights they attained, veteran swimmer Emily Muteti said she would immerse herself fully into preparations ahead of the 2024 Paris Olympic Games, adding that she has experienced an incredible season.

Muteti represented the country in the women's 100metres butterfly event as well as the mixed relay event.

“Making it to the finals is something that we didn't think we could but we also saw the possibility of making it. If we all combined and decided that it's a team effort and everyone gave their best then we would all make it here. Yesterday we made history with the Kenyan team and it's something we will all live to cherish in the future.

“Yesterday was a busy day, tough back-to-back swims but it was good we went into the finals. Could have done better but I'm happy with how I swam. It's good to be ending the season like this. This is going to be my last long course meet for the season and I'm looking forward to the last few events that I have left,” Muteti said.

Muteti tipped Kenyan swimmers to sparkle on the global stage in the future, saying their performance in Birmingham attested to the country's potential.

“We have two more years before Paris, we are all probably planning on doing there. That's now a possibility and whoever makes it, you know, may the best person win.

“We were so excited when we found out. We were pretty surprised as well. We have been working so hard and it kind of paid off and that's awesome being in the Commonwealth finals,” Thorpe said.

Thorpe said she was ecstatic after gliding to the finals of the event at the Birmingham 2020 Commonwealth Games on Saturday.

Thorpe recorded a personal best time of 27.92 in the semis, splashing her way past Orla Rabey of Guernsey and Mikaili Charlemagne of St Lucia who emerged second and third respectively.

Maina Monyo said he felt proud flying the country's flag at the quadrennial event, adding that he was definitely satisfied with his overall performance.

“I got a pretty good time and, yes, I tried my best so I'm happy. Wow! What an experience. It was a great feeling to compete against the best players. I've never had such a large crowd and I never felt so proud to represent my country on such a big stage,” Monyo said.

“A new national record. It's been a long time coming but I feel this is a new promise in Kenya's swimming so we have a bright future.”